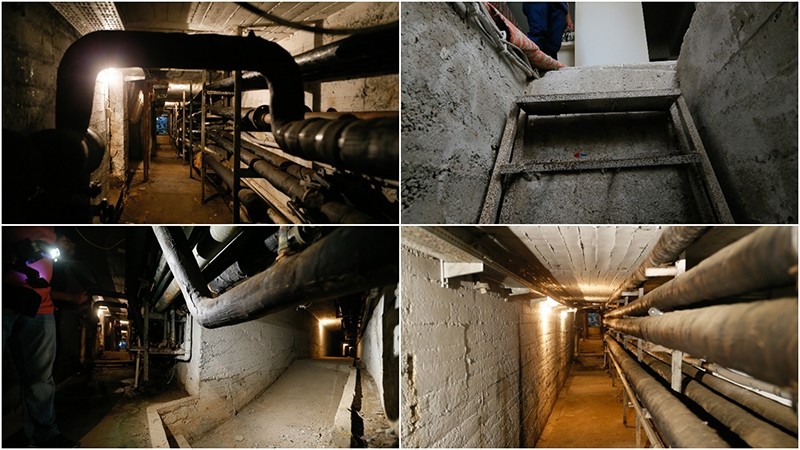 Turkish police are trying to shed light on a mysterious tunnel found in the dining hall of a high school run by Gülenist terror-cult (FETÖ), lead by Fetullah Gülen.

The fact that the 200 meter tunnel is linked to a mosque is even more suspicious and many have been curious as to why a school would need such a tunnel.

The hidden tunnel was discovered in the district of Karşıyaka in western İzmir province, in the Private Yamanlar Science High School, after an alumni said during a Friday prayer at the school's mosque that there was a hidden passageway in the school.

The prayer was being held for the inauguration of the mosque which was actually used as a library.

The room, previously used as a library, was reopened as a mosque for worship on August 5 after the Provincial Directorate for National Education found that it was not used for its intended purpose.

After the ceremony and Friday prayers, police commenced a search in the school.

The entrance to the tunnel was found to be located in the basement of the high school which contained heating boilers.

The tunnel led to the ground floor of the mosque and the hatchway was covered with a red carpet in an attempt to hide its location.

The two meter-high and one meter-wide tunnel contained heating pipes and lighting, along with two doors for exit and entry.

Furthermore, the fifth and sixth floors of the school building contained secret meeting rooms, a kitchen and numbered rooms, just like in hotels. These facilities were only reached via special elevators which only stopped on those floors. The doors of the elevator were concealed by tall mirrors on other floors, police said.

The high school, a branch of the Yamanlar College, was shut down and seized by the state after the July 15 coup attempt by FETÖ members.

The school is known to be one of the first schools to pledge loyalty to Gülen and its 'chosen' students were especially placed in military schools.

The Private Yamanlar Science High School was just recently renamed after Prof. Dr. İlhan Varank, who fought against pro-coup soldiers on Istanbul's Vatan Street on July 15 and was fatally shot.

Prof. Varank was the brother of Mustafa Varank, one of the advisors of President Recep Tayyip Erdoğan.