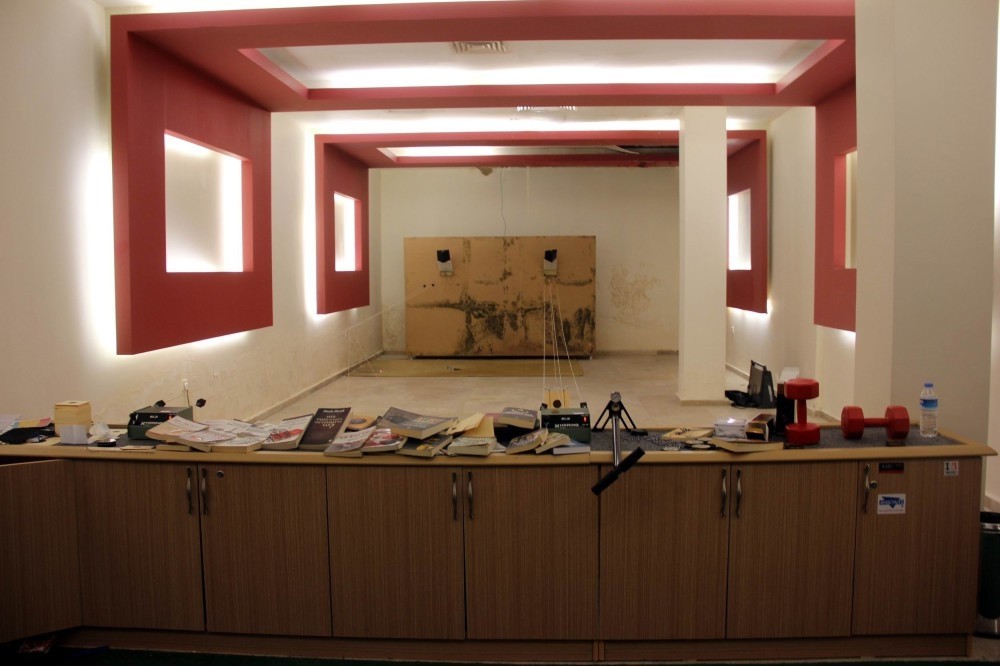 Along with the shooting range, a secret meeting room in the fashion of police interrogation rooms was found at the Gu00fclenist universityu2019s campus.
by Compiled from Wire Services Oct 03, 2016 12:00 am

It was their willingness to blend in with the rest of society that prevented the immediate discovery of Gülenist infiltration in Turkey. The Gülenist Terror Cult (FETÖ), blamed for the July 15 coup attempt and running a group bent on taking over the state and imprisoning their foes, advised their followers to shun their faith to avoid detection. The secrecy they sought is reflected once again in the discovery of secret chambers and a mysterious shooting range at, of all places, a university, in the southeastern Turkish province of Gaziantep. 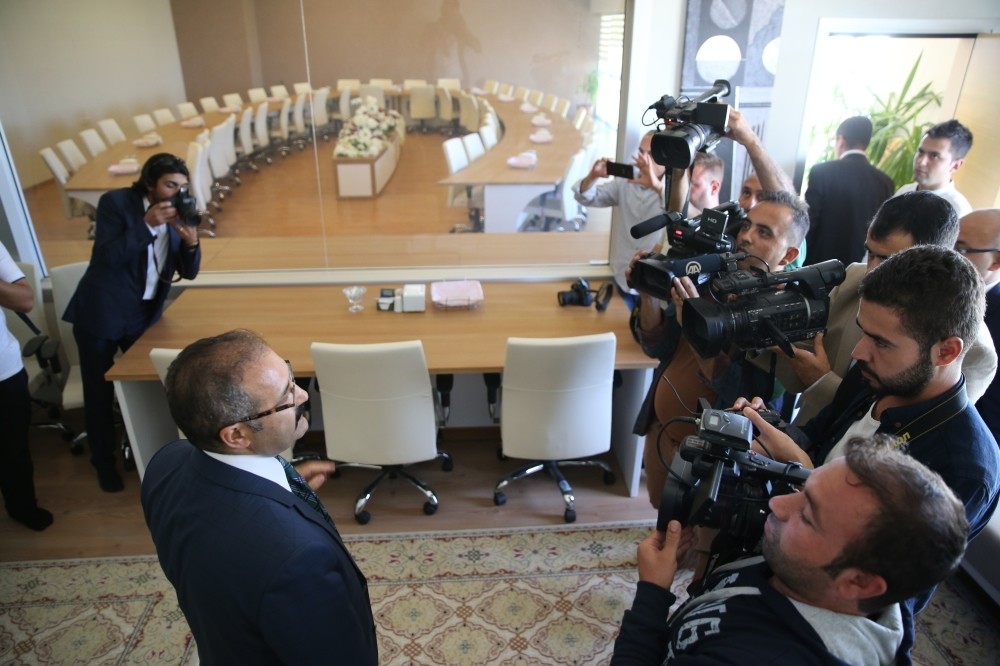 Zirve University, closed by authorities following the foiled coup attempt for its links to the terrorist group, is home to these secret facilities as the new administration of the university discovered. Giving a tour of the secret chambers to journalists, Professor Ali Gür, president of the state-run Gaziantep University that now owns the buildings, said the shooting range and meeting rooms were designed to prevent easy access, raising suspicions regarding their true purpose.

A primitive shooting range with target papers riddled with bullets was found at the end of a secret passage accessible only by a radio broadcast room. "These are the places that were certainly off-limits to students and students wouldn't be able to find them anyway. (The shooting range) is located next to the studio, providing sound insulation. We wonder why someone would need a shooting range here," Gür told reporters. Along with the targets and buckshots apparently used in target practice, officials found books penned by Gülenist authors as well as several banned books in the shooting range. Gür said the police investigated the scene and were puzzled at why the books were stacked in the shooting range. "The university has a separate quarters for students' social activities. Having a shooting range there could have been understandable but this place is right below the floor of the university's presidential offices and carefully hidden from students," he said.

The shooting range is not the only secret place at the Zirve University campus, one of many universities run by FETÖ. The new owners of the university also found a spacious room in the student dormitory inside the campus believed to be used for meetings but more interestingly, a large meeting room connected to a smaller room with one-sided glass where a table and several chairs were placed in front of the window, resembling to an interrogation room. Professor Gür said they also found a few other secret places and hidden elevators in the campus. FETÖ is led by U.S.-based former preacher Fethullah Gülen and gained significant clout in Turkey and around the world with its network of schools.

Prosecutors investigating the illegal activities of the cult, ranging from the illegal wiretapping of thousands of people to plots to topple the government, believe secrecy was key to decades of infiltration within the police, judiciary, bureaucracy, military and other institutions. Although the presence of Gülenists in the state institutions was known and they were weeded out after two coup attempts by the terrorist group in 2013, authorities acknowledge that Gülenists may still retain posts by hiding their identity. Referred as "crypto-Gülenists" these members of the terror cult fuel fears of a new coup attempt in Turkey and still pose a threat to destabilize the country with plots and foment chaos, ranging from mass arrests using trumped-up charges and blackmail that had led to the resignation of politicians in the past.

Recently, authorities have discovered secret rooms in a private school in Istanbul's Altunizade district which was a favorite haunt of Fethullah Gülen during his days in Turkey just before he left Turkey for United States in 1999. FEM prep school had secret exits and tunnels leading to rooms not seen on the blueprints as well as elevators which operate only with passwords.

Turkish authorities have stepped up the crackdown on the terrorist group in the wake of declaration of state of emergency following the coup attempt on July 15. Since the putsch attempt, 1,043 private high school and 15 universities administered by the sympathizers of the terror cult were shut down.
RELATED TOPICS