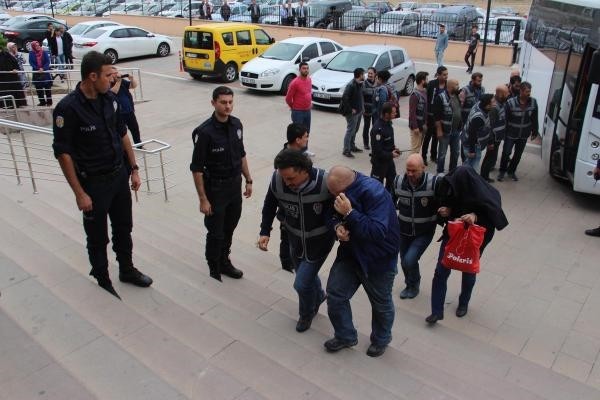 Engin Erdoğan, the head of the Gülenist terror cult (FETÖ) investigation in northwestern Edirne province was detained on Monday for having links to the group.

The head of directorate of Edirne's anti-smuggling and organized crime branch has been using ByLock, the secure inner-circle messenger application developed and used by the group's members, security sources said.

Erdoğan was first lashed off then detained by the security forces.

Two instant messaging apps offering top-notch encryption have been under the spotlight for their alleged use by FETÖ whose members carried out the July 15 putsch attempt. Authorities have been investigating tens of thousands of suspected members of the terror group who used Bylock and Eagle to avoid being detected.