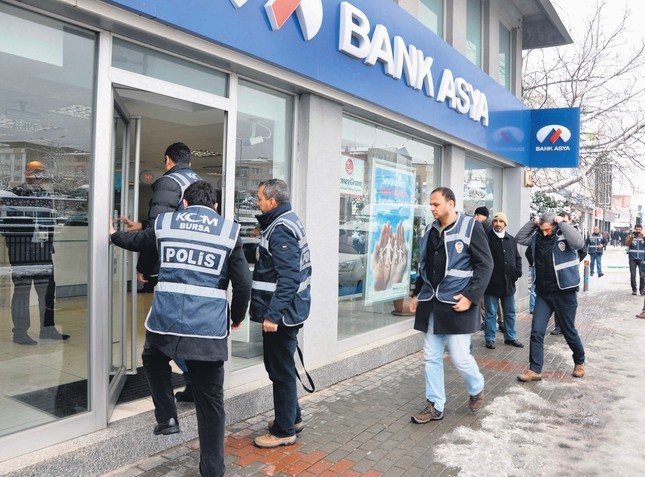 by Hasan Ay Nov 07, 2016 12:00 am
Investigations into Bank Asya's criminal activities revealed that the bank acted as the Gülenist Terror Group's (FETÖ) money launderer and opened accounts in the name of children as young as 2-years-old to stash tens of millions of liras of the cult's money.

The investigation by the State Inspection Council, which works under the Presidency, showed that accounts opened for 30 children aged between 2-to-8 contained more than TL 26 million ($8.235 million).

A previous State Inspection Council report showed that authorities' efforts to cut off FETÖ's funding channels were resisted by tens of thousands of state officers who deposited TL 4.7 billion into the now defunct Bank Asya. A 2014 call by the cult's leader Fetullah Gülen, who currently resides in an expansive estate in Pennsylvania, U.S., was enough to mobilize a total of 89,797 people working at various state institutions to deposit billions into Bank Asya, which was under criminal investigation at the time. After the destruction of its money laundering channels with the seizure and then closure of Bank Asya, the cult became more desperate and launched a failed coup attempt through its operatives within the military on July 15.

The bank tried to hide the transfers by opening accounts in the name of children. The council's report sites only 30 children whose accounts held more than TL 500,000. The council's experts will analyze the money transactions while authorities investigate the parents of the children.
RELATED TOPICS