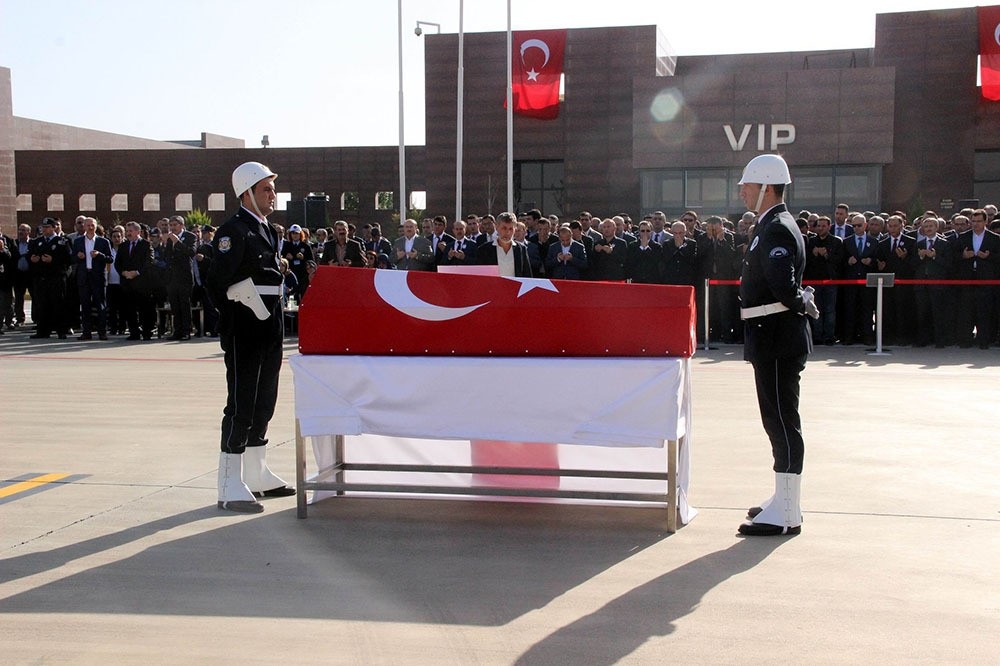 The body the assassinated district governor, Muhammet Fatih Safitu00fcrk, is being transferred for the funeral to be held in his hometown Sakarya. (AA Photo)
by daily sabah Nov 12, 2016 12:00 am

Two terrorists, suspected of carrying out the assassination of a district governor in Turkey's southeastern Mardin province, have been captured in a raid on the suspects' home late on Friday.

Muhammet Fatih Safitürk, the governor of Mardin's Derik district, was injured Thursday when PKK terrorists remotely detonated a bomb placed in his office, and later died of his wounds.

Earlier reports from local news outlets stated that Safitürk was injured when the governorate building was attacked by terrorists with rocket-propelled grenade (RPG) missiles, but it was later revealed that a bomb trap was set up in the district governor's office when he went to a meeting in Turkey's capital Ankara.

Local police forces received intelligence on the location of the assassination's perpetrators last night, and acted swiftly to capture the suspects.

A funeral ceremony was held for Safitürk in his hometown of Sakarya, a province located east of Istanbul.