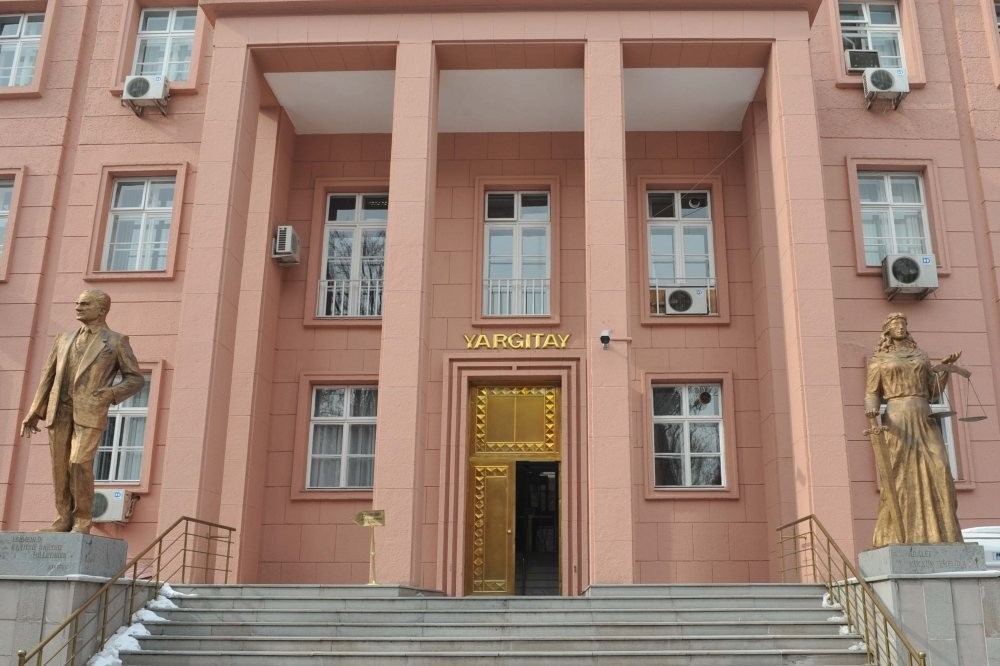 The Supreme Court building in the capital Ankara. FETu00d6 is accused of widespread infiltration into the highest legal authority after 2010.
by Daily Sabah Nov 16, 2016 12:00 am

Testimony of former senior judges loyal to FETÖ reveals Fetullah Gülen personally approved and rejected the imprisonment of foes based on legal files infiltrators sent to his U.S. residence

Three former senior members of the Supreme Board of Judges and Prosecutors (HSYK), which oversees the appointment of judiciary members, confessed how the Gülenist Terror Group (FETÖ) dominated the legal system in Turkey and decided the fate of their critics who were imprisoned on trumped-up charges. Ahmet Hamsici, former acting chairman of the HSYK, and board members Kerim Tosun and Mustafa Kemal Özçelik invoked the "remorse" law after they were arrested in the aftermath of the July 15 coup attempt blamed on a Gülenist junta and revealed the extent of FETÖ domination in court cases.

Testimonies indicate that the terror cult, implicated in a string of crimes from illegal wiretapping to blackmail, controlled those not aligned with it thanks to the HSYK, which has the power to dismiss judges and prosecutors and built cases against its foes.

FETÖ's clout in law enforcement, the judiciary, bureaucracy and military is already widely known thanks to multiple investigations into its affairs since 2013, the year it twice tried to topple the government by imprisoning people close to it. However, the "confessions" of Hamsici, Tosun and Özçelik, released by the Turkish media outlets, indicate just how much Fetullah Gülen, the 76-year-old former preacher who leads the cult, was influential in handling the legal cases that were mostly based on fabricated charges. Gülen, who has been living in the United States since 1999, has long denied his affiliation with people "sympathizing" with him, although he went on an all-out verbal offensive against Turkey after it issued multiple arrest warrants against him on terror charges, opposing the anti-terror operations targeting FETÖ.

Hamsici, Tosun and Özçelik revealed to interrogators the extent of FETÖ infiltration in higher judiciary authorities and how the cult instructed its followers to change rulings for their own interests. They testified that judges and prosecutors sought the approval of "Pennsylvania" - the state where Gülen lives - in important cases. İlyas Şahin, a member of the Supreme Court of Appeals, personally brought the files to the United States and sought the consent of Gülen in concluding the cases either in favor of defendants or against them. Şahin, along with Nazmi Dere, another member of the Supreme Court who was appointed the "HSYK imam" or point man coordinating FETÖ's affairs in the judiciary, remains at large.

Although their infiltration of state institutions spanned decades, Gülenists gained significant clout in the judiciary after a constitutional amendment in 2010 that increased the number of members in the Supreme Court of Appeals and Council of State, the highest administrative court. With 160 new members elected that year, the Supreme Court was almost entirely dominated by FETÖ members. Then, and up until 2013, FETÖ controlled the judiciary and did not allow any chamber of the court to be run by someone not loyal to the cult.

Testimony of former HSYK members says that Supreme Court of Appeals members would send files on important figures such as wealthy businesspeople to Pennsylvania and ask for the opinion of Gülen. The confession was a confirmation of allegations by former Justice Minister Mehmet Ali Şahin who said in 2013 that Gülenists had "an imam" in the Supreme Court and that person sent the file about the decision of the conviction of a prominent company executive to Gülen before the Supreme Court upheld the verdict. HSYK members linked to FETÖ confessed it was İlyas Şahin who brought the files to Gülen, who in turn would decide whether the court should uphold or overturn the convictions.

The Supreme Court has been a last resort for those complaining of an unfair trial and of fabricated charges against them but the court's siding with lower courts in most cases has disappointed hundreds claiming they were imprisoned based on forged evidence, such as documents "planted" by police officers linked to the terror cult.

The cult was already influential in lower courts but the verdicts in cases based on trumped-up charges would often be overturned by the Supreme Court until 2010. After they gained clout in the highest legal authority, FETÖ was able to imprison anyone convicted by lower courts easily. Thus, the Ninth Chamber of the Supreme Court, handling terror cases and cases "against constitutional order" that carry life sentences, would silence for life anyone deemed adversary to the cult. The ninth chamber has approved sentencing of academics, generals, police chiefs, journalists and many dignitaries in the "Balyoz" (Sledgehammer) case, where Gülen's critics in the army were imprisoned on charges of planning a coup, in a military espionage case and in the Oda TV case, where journalists delving into illegal activities of Gülenists faced charges they claimed to be based on forged evidence.

Hanefi Avcı, a former police chief who faced a barrage of trials on terror charges after he penned a book about FETÖ's infiltration into the police, was one of the last "victims" of the ninth chamber, whose authority was handed over to another chamber in 2015.

Days before its authority in terrorism cases was transferred, the chamber dominated by Gülen-linked judges upheld a five-year prison term for Avcı on terror charges. Avcı, who served for decades as a police chief all across Turkey, was implicated in aiding and abetting a previously unknown far-left terrorist organization.
RELATED TOPICS