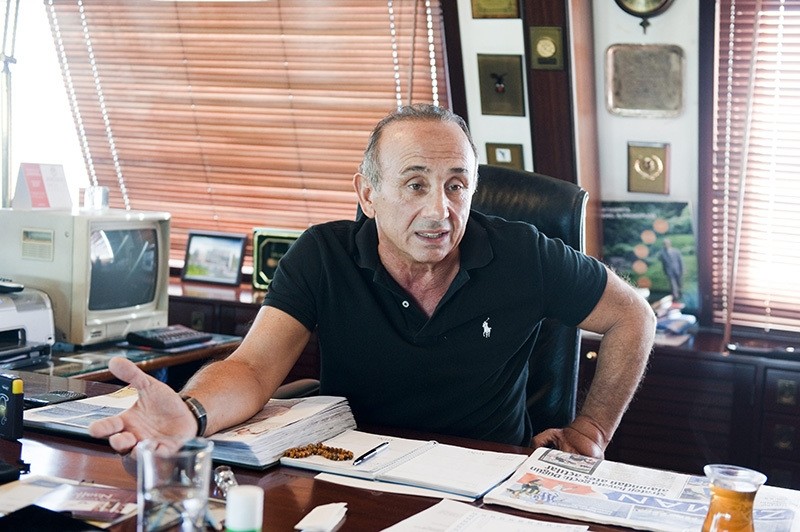 A Turkish court issued Tuesday an arrest warrant for businessman İhsan Kalkavan regarding charges relating to membership of the Gülenist Terror Group (FETÖ).

The Istanbul 12th Court Peace issued the warrant for Kalkavan's arrest as he cannot be reached by the Istanbul Prosecutor's Office for the ongoing FETÖ probes.

Kalkavan, who is now believed to be in the U.S., was among the founders and largest shareholders of Bank Asya participation bank, which was founded by businessmen close to the Hizmet Movement — later evolved into FETÖ — as well as businessmen interested in interest-free banking.

The bank was seized by the Savings Deposit Insurance Fund (TMSF) as the bank's shares and deposits suffered massive losses after the government started probing FETÖ, in addition to its shadowy partnership structure, funding for FETÖ activities and irregularities which breach banking legislation.

After the bank was seized, it was revealed that Kalkavan, who was FETÖ-linked Zaman newspaper's previous licensee, had deposited 4.5 million Turkish liras in an attempt to save the bank despite calls by the government clearly noting illegal FETÖ activities.

Kalkavan, who also worked as an executive in successful Istanbul football club Beşiktaş, is a member of Turkey's prominent ship-owning family, the Kalkavans.