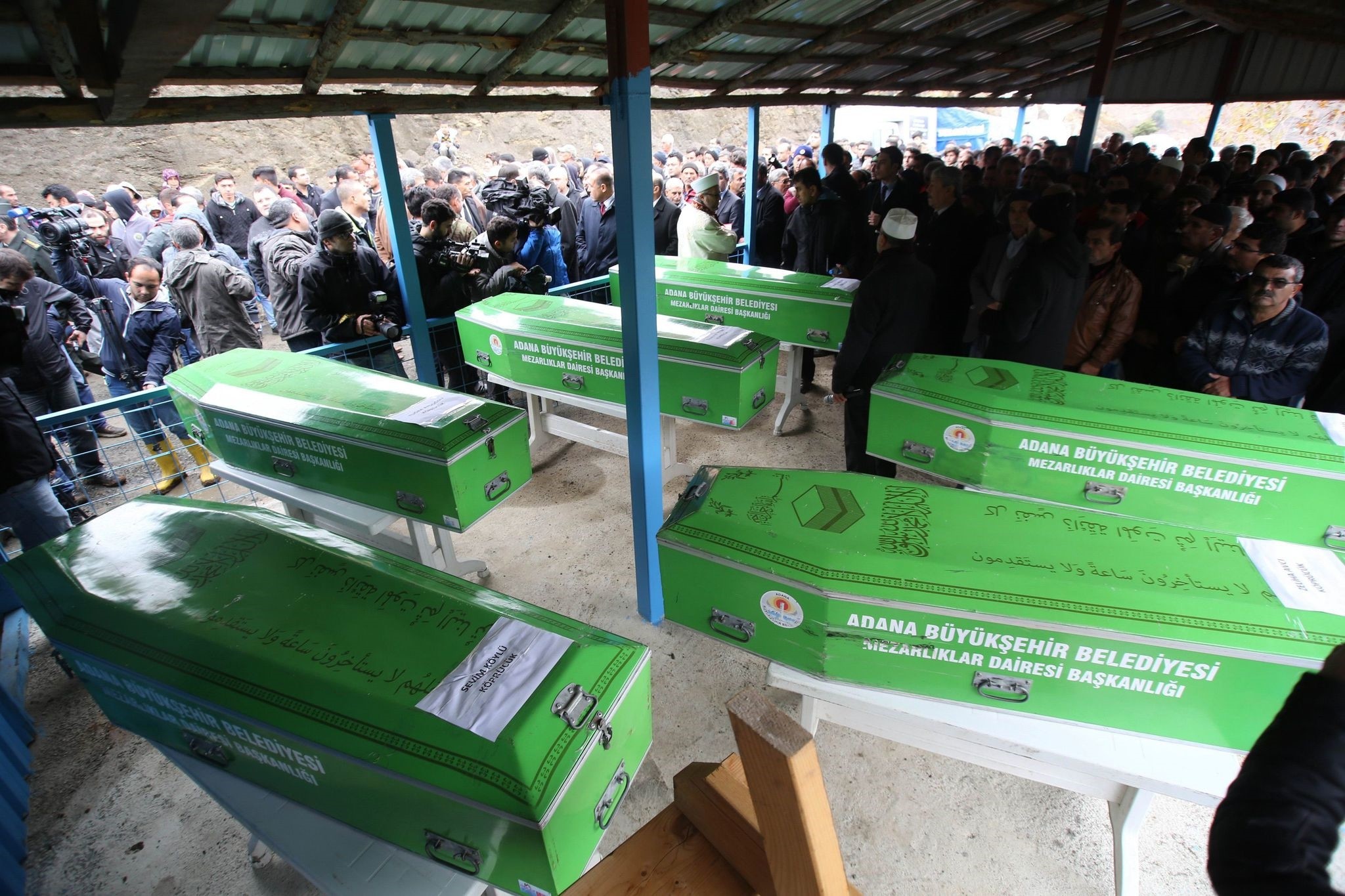 People attend funeral prayers in Adana, on December 1, 2016 for the victims of a fire that killed 11 schoolgirls and an official inside a dormitory. (AFP Photo)
by Daily Sabah Dec 01, 2016 12:00 am

The Turkish parliament decided on Thursday to set up a commission of inquiry to investigate the dormitory fire that killed 11 young girls and one official dead in southern Adana province on Tuesday.

The investigation to identify if there is any negligence with regards to the fire will be carried out by the commission that will be jointly set up by the AK Party, CHP, HDP and MHP deputies.

The triple-story private-run dormitory in Adana province's Aladağ district was engulfed in flames on Tuesday evening and an electrical fault was blamed for the fire in which the dorm manager's 6-year-old daughter and a tutor also died.

The incident triggered outrage over perceived safety negligence in cases of emergency while authorities pledged a comprehensive investigation to find out who was responsible for the tragedy. Several suspects have been detained, including executives of the association that runs the dorm mainly catering to girls whose families live in remote villages.

An initial report prepared by expert witnesses investigating the scene point out that the electricity power board supplying electricity to the building was old and a fault in the old electricity switches caused the fire. Experts also said that the wooden interior of the building helped the fire to quickly get out of hand and highlighted that emergency exit doors were made of PVC, a material that is not flame retardant. They also pointed out that the building lacked a system that would have cut off electricity in case of a fault. Deputy Prime Minister Veysi Kaynak told reporters on Wednesday that the dormitory was subject to safety inspections twice a year and the last inspection was conducted in June.