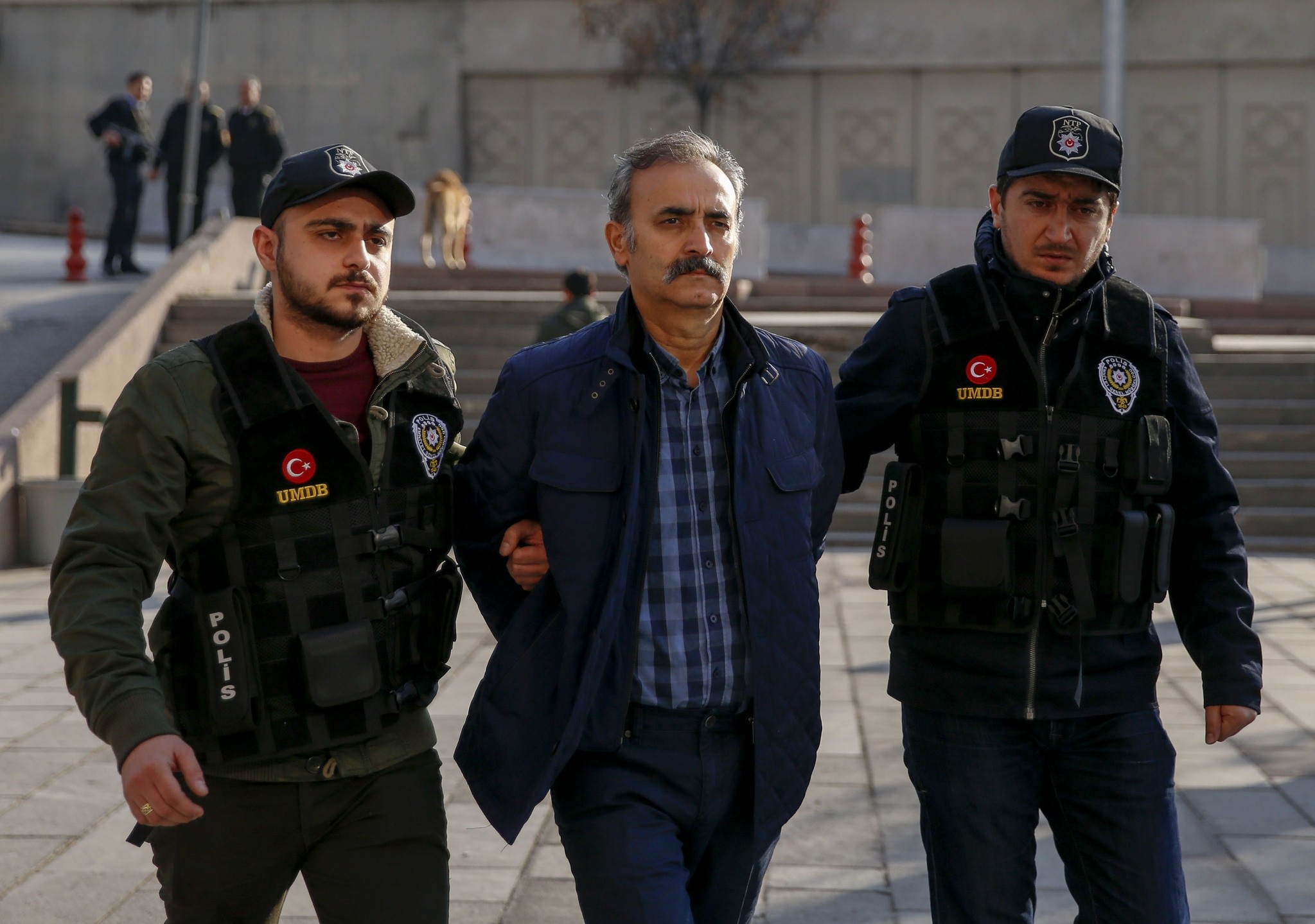 Former public prosecutor Mustafa Bilgili who was overseeing the "Cosmic Room" case in 2009 was arrested on Thursday as part of the investigation into the Gülenist Terror Group (FETÖ).

Bilgili, who led the search of a top-secret military facility allegedly to get hold of state secrets for FETÖ, was captured in November in the capital Ankara, long after his dismissal from his post.

He was found in possession of a fake ID when police stopped his car at a checkpoint in Ankara's Cebeci district. Upon learning his real identity through a fingerprint scan, police detained Bilgili, who had a detention warrant issued for being a member of the terror cult blamed for the latest coup attempt in Turkey on July 15.

The prosecutor and his team had conducted a 20-day search in 2009 on the so-called "cosmic room" at the army's special warfare headquarters, where confidential documents regarding the military were kept. The search had stirred up controversy at the time but the judiciary defended itself saying the search was part of an alleged assassination plot targeting then Deputy Prime Minister Bülent Arınç.

Authorities had issued a warrant for Bilgili after the coup attempt and a previous investigation led to his dismissal from the judiciary where FETÖ has infiltrators.

Bilgili had kept the results of the search in his possession for years according to a recent investigation, while a lawsuit on the case ended inconclusively last year. An investigation by a board overseeing judges and prosecutors implicated police, military officers and officials of a science body analyzing digital evidence for "improper conduct" in handling the case.

Bilgili and others were facing charges of military espionage along with FETÖ membership. Selahattin Kısacak, a former general who was the head of special warfare department when FETÖ-linked prosecutors launched the search, recently told Anadolu Agency that prosecutors sought to access critical documents such as special warfare plans in case of an emergency.

Kısacak said FETÖ-linked judiciary members, including a judge who ordered the search of documents linked to unresolved murders, sought to blame the murders on the Turkish Special Forces but they failed to find any information about the politically-charged murders.

İlker Başbuğ, who was chief of staff in 2009, recently testified that he authorized the search and if he banned it, they could have blamed the army for the politically-charged unresolved murders.