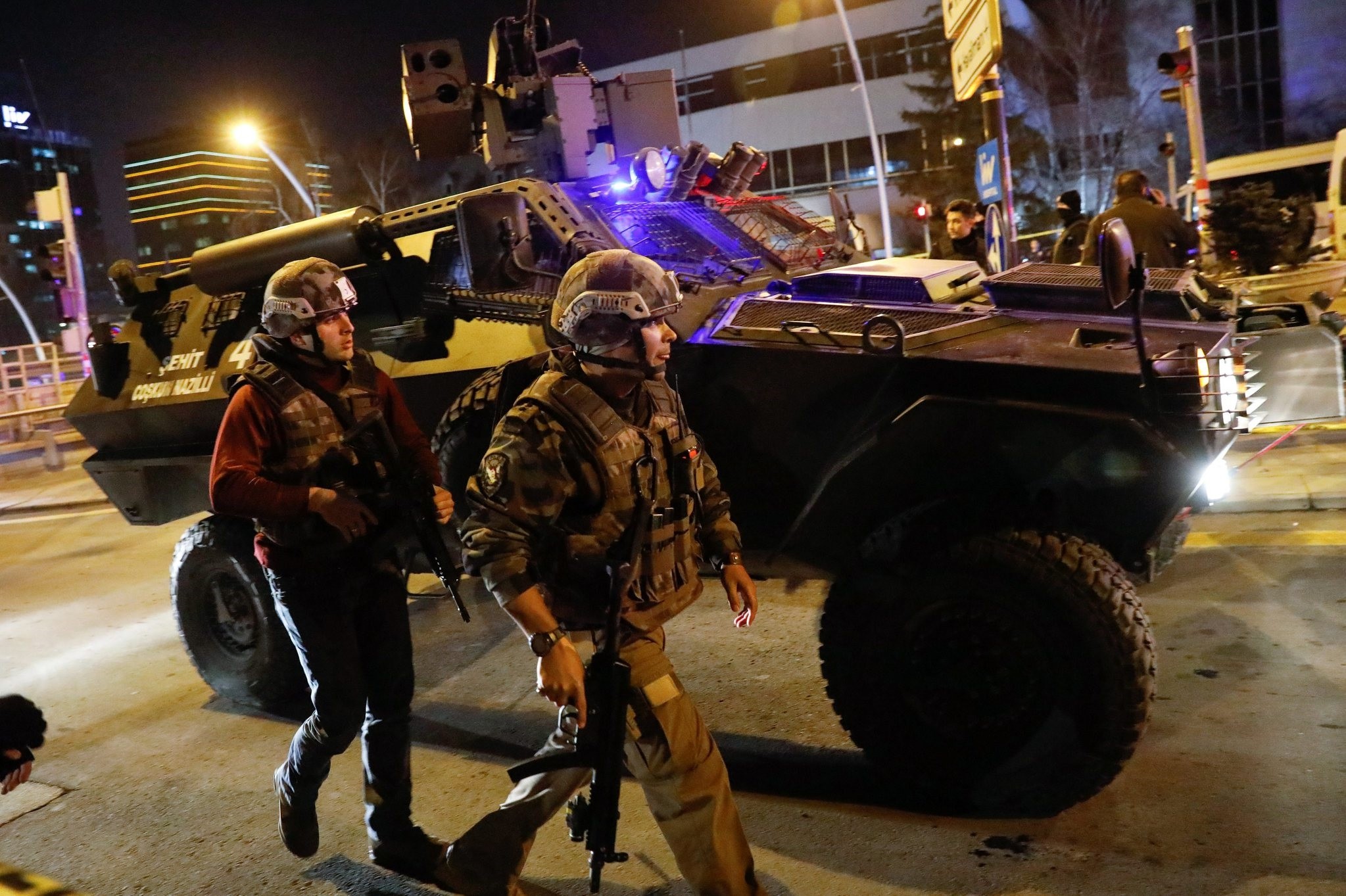 Police secure the area near an art gallery where the Russian Ambassador to Turkey Andrei Karlov was shot in Ankara, Turkey, December 19, 2016. (REUTERS Photo)
by Daily Sabah with Reuters Dec 20, 2016 12:00 am

Six people were detained on Tuesday over the killing of the Russian ambassador to Ankara, widening an investigation to the relatives of the off-duty policeman who shouted "Don't forget Aleppo!" as he gunned the envoy down.

Both countries cast Monday's attack at an art gallery in the capital Ankara as an attempt to undermine a recent thawing of ties that have been strained by civil war in Syria.

Karlov's remains were sent back to Moscow from Turkey late Tuesday after a memorial service was held at the airport in Ankara.

The white, red and blue Russian flag was draped on the casket as a Russian Orthodox priest recited prayers.

Turkey identified the killer as 22-year-old Mevluü Mert Altıntasş, who had worked for the Ankara riot police for 2-1/2 years. He was killed minutes later by members of the special forces.

His mother, father, sister and two other relatives were held in the western province of Aydın, while his flatmate in Ankara was also detained, security sources said.

One senior Turkish security official said investigators were focusing on whether Altıntaş had links to the U.S.-based Muslim cleric Fethullah Gülen, who is accused of orchestrating the failed July coup.

The slogans that Altıntaş shouted, which were captured on video and circulated widely on social media.

"Don't forget Aleppo, don't forget Syria. You will not be able to feel safe for as long as our districts are not safe. Only death can take me from here," he shouted in Turkish.

President Recep Tayyip Erdoğan said on Monday he and Russia's Vladimir Putin had agreed in a telephone call to strengthen cooperation in fighting terrorism.

Putin said it was aimed at derailing Russia's attempts to find, with Iran and Turkey, a solution for the Syria crisis. The foreign ministers of three countries, meeting in Moscow on Tuesday, said they were ready to broker a Syrian peace deal.

Russian FM Sergey Lavrov announced Tuesday that Moscow has sent an 18-person team to Turkey to investigate the assassination.

"As decided by our two leaders [Presidents Vladimir Putin and Recep Tayyip Erdoğan], the issue will be investigated jointly. A Russian investigative team has arrived in Ankara," Lavrov told reporters before a bilateral meeting in Moscow with his Turkish counterpart Mevlüt Çavuşoğlu.

Foreign Minister Mevlüt Çavuşoğlu said Ankara's Karyağdı Street, where the Russian Embassy is located, will be renamed Karlov Street in memory of the ambassador.