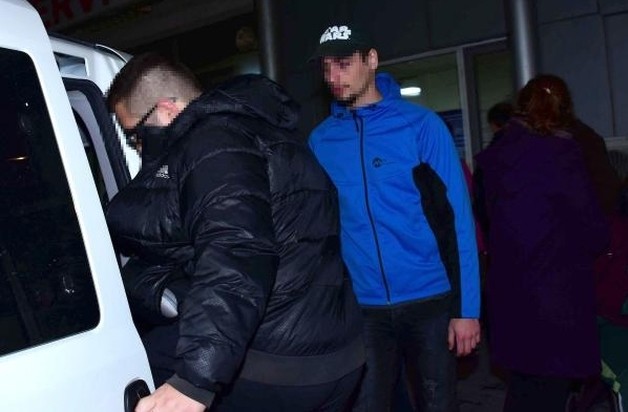 Authorities have found the two young men sought over animal cruelty charges after they posted a video of wrapping a kitten in duct tape and mocking it.

The two young men wrapped a kitten in layers of tape — on its head, chest, both front and back legs — and filmed the whole ordeal before posting it on Instagram.

After determining that the cat belonged to A.E.A, units from the directorate went to his house in Cevatpaşa neighborhood and took the cat away from him.

A.E.A and U.G. who filmed the inhumane video were later detained by police upon the orders of the prosecutor's office and were taken to the Çanakkale Provincial Security Directorate.

A.E.A. has been given a 546 TL administrative fine.

In the video of the disturbing incident, A.E.A is seen wrapping the tape around the cat and rolling it on the floor. Mockingly, he says "What a shame, poor animal," announcing that the cat is "on sale for only five lira". In the video he also uses the small cat as a dumbbell, saying that it makes a great weight.

The duct taped cat was later taken to Çanakkale Municipality Animal Care, Treatment and Rehabilitation Center, and the tape was safely removed.

Just a few hours after the cat was taken to an animal shelter to recover, it was adopted by animal lover and hairdresser Aylin Yılmaz.

Yılmaz said that she couldn't wait to take the cat to her warm, safe home after seeing the disturbing video.

"The poor cat is shaking…I was stark raving mad when I saw that torture video. I think those two boys need mental health treatment. Well, I would like to give them a [good ol'] wax, " she said.