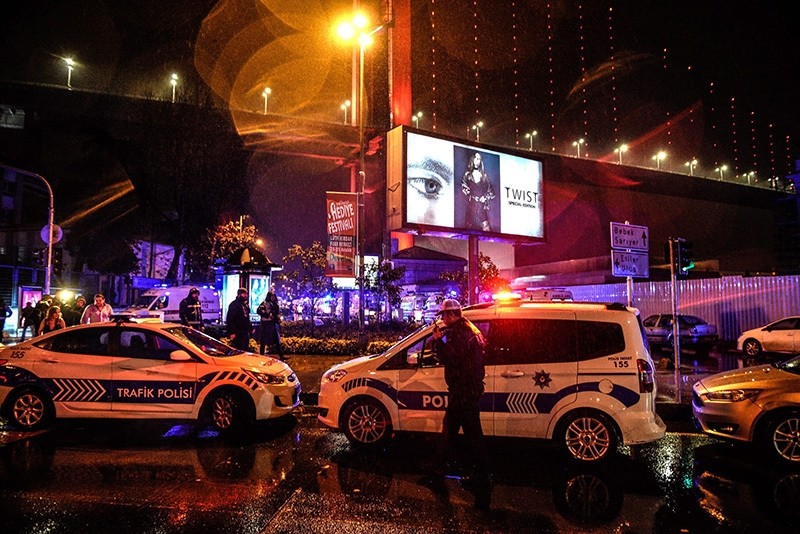 27 suspects linked to the Reina nightclub attacker in Istanbul that killed 39 people have been detained in the western city of İzmir, the Doğan news agency reported Wednesday.

The agency said the police operation targeted three families who had arrived in Izmir from Konya - a city in central Turkey where the gunman is thought to have been based before carrying out the nightclub attack. It said 27 people, including women and children, were taken into custody.

The suspected assailant allegedly came to the city with his wife and two children to prevent suspicion on his terrorist identity. During her testimony after being detained, the wife had said that she was not even aware of her husband's "sympathies" with the Daesh terrorist organization.

Police have launched a nation-wide search operation for the perpetrator who managed to escape after the attack and at the same time continue its counter-terror operations against Daesh terrorists acrros the country. Ten Daesh members were reportedly arrested in the eastern city of Van on Wednesday morning. The news came few hours after the 27 suspects' detention.

Over the course of the attack the Daesh gunman changed six chargers and fired over 180 bullets, according to the investigation.