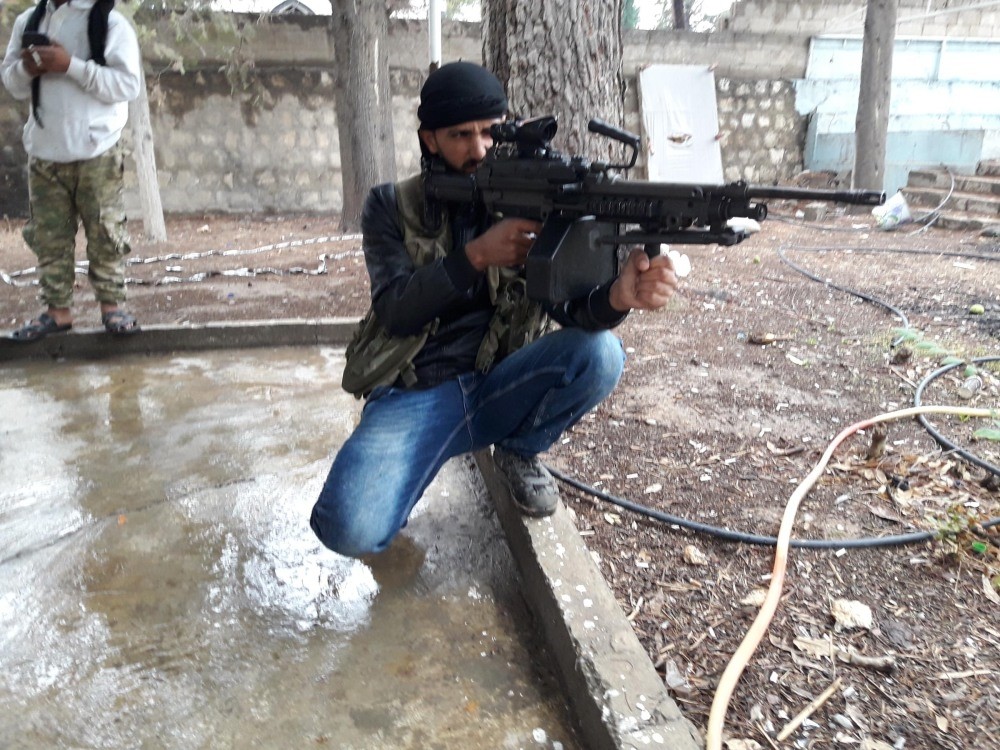 by Compiled from Wire Services
Jan 25, 2017 12:00 am
The gendarmerie captured a suspected Daesh sniper in the Elbeyli district of southeastern Kilis province. The Syrian citizen was taken into custody following an operation conducted by the Elbeyli gendarmerie against Daesh militants. It is reported that the suspected Daesh militant identified himself as Ismail Mahlı and confessed that he and his brothers Y. Mahlı and A. Mahlı are active inside Daesh and serve the terrorist group as snipers.

The suspect was wearing a bandage over his right eye. The security forces detected that the terrorist was injured in his right eye during an attack in Raqqa. The gendarmerie also found photographs of the suspect fighting in the front lines of Daesh.

Daesh started its reported attacks in Turkey in 2013, since Turkish security officials started organizing operations on sleeper cells within the borders of the country.

The attacker was caught in a Daesh terror cell in the Esenyurt district of Istanbul after a weeks-long intense hunt conducted by the Turkish Intelligence Organization (MİT) and Istanbul police. Daesh claimed responsibility for the attack.