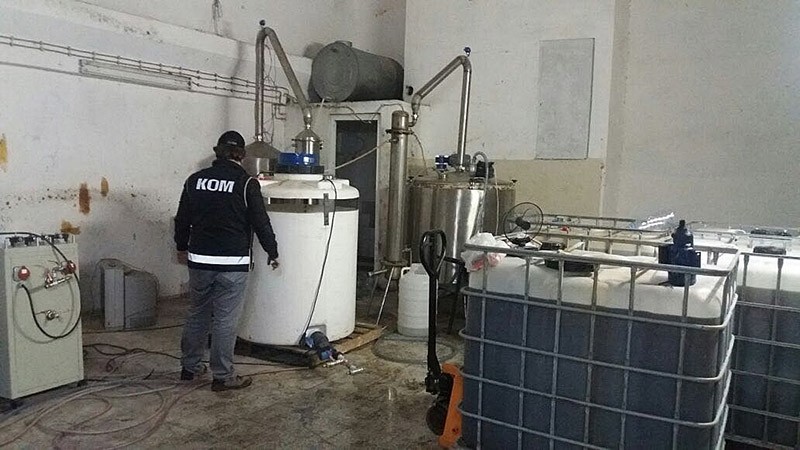 Police seized 39,000 liters of bootlegged whiskey and rakı, an anise-flavored drink popular in Turkey, during operations launched on February 28, in the Bornova and Kemalpaşa districts of the western province of Izmir. The Izmir Police Headquarters also confiscated 100,000 liters of raw material used for alcohol production.

Security officials stated that they had carried out the biggest bootlegged alcohol operation in Turkish history. They added that smugglers had come close to turning their rented warehouse into a counterfeit liquor production factory.

The department of anti-smuggling stated that they had started the operation three months ago. After they had received intelligence reports that said there would be counterfeit alcohol production in a warehouse in the Bornova district of Izmir, the police took immediate action and began monitoring the suspects.

The police raided the addresses of the suspects and took eight of the alleged bootleggers into custody.

It is reported that the market value of the alcohol confiscated by the police is more than 10 billion Turkish liras.

Four of the suspects were released after their testimonies and the remaining four were sent to court.

The suspects claimed that they were producing igniting gels for barbeques, whereas the summary of proceedings to the case stated that the suspects were collecting expired alcohol products from liquor factories under the pretext of recycling and selling them as bootlegged alcohol after processing.