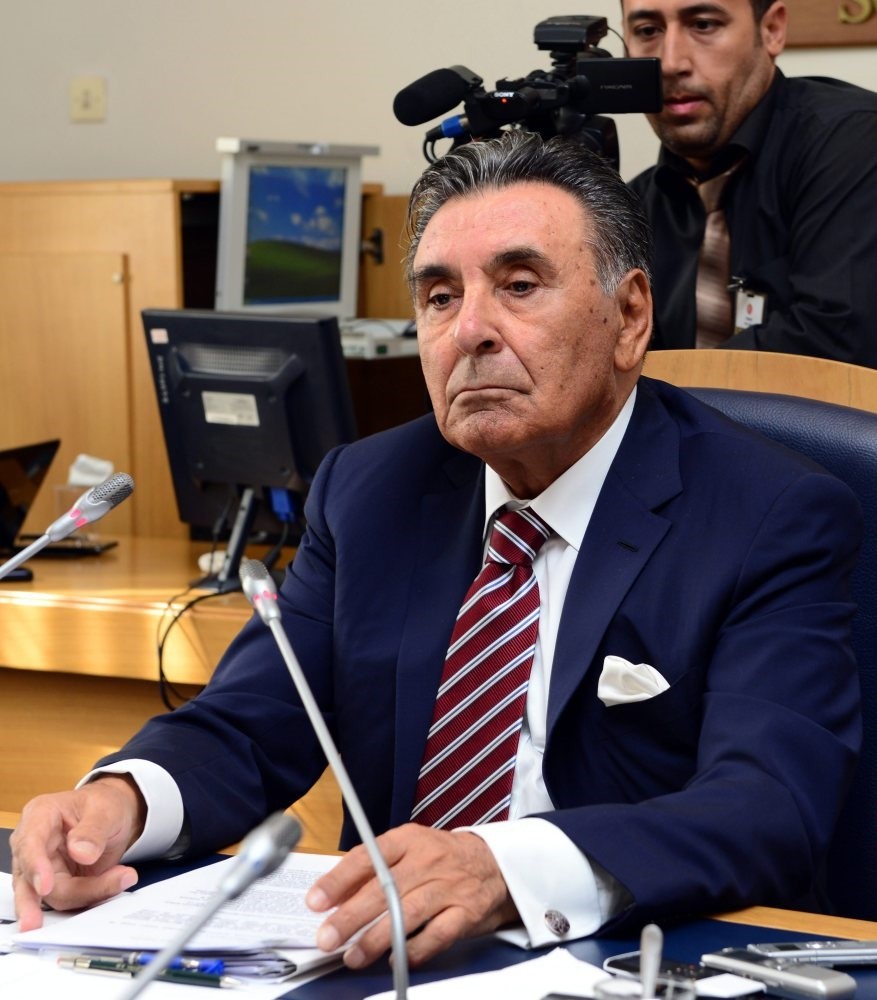 Aydu0131n Dou011fan
by Daily Sabah Mar 02, 2017 12:00 am
As his media group faces criticism for its controversial news coverage, Aydın Doğan, honorary chairman of the Doğan conglomerate, is struggling with charges of fuel smuggling. In an unprecedented development related to a fuel distribution company he once owned, a court ordered Doğan to be summoned in the case where he is being tried without detention.

Doğan is among 47 defendants, who also include his daughter Hanzade, top banker Ersin Özince and executives of Doğan's corporation, accused of "organized fuel smuggling." All defendants were released pending trial while the media mogul, who has eluded the spotlight since handing over control to family in 2010, had not attended previous hearings in the case.

Prosecutors have asked for sentences of up to 21 years for the defendants, who face charges of running a criminal gang, smuggling and forging official documents. They accuse the 80-year-old tycoon and others of tax evasion while importing fuel through Petrol Ofisi between 2001 and 2008, and setting up front companies in the United Kingdom, which is exempt from taxes on imports from Turkey, though they imported fuel from other countries.

Doğan's family company purchased Petrol Ofisi, the largest state-run fuel distributor, in 2000 and sold its shares to an Austrian company in 2010. Ersin Özince, who was chairman of the board at İşbank, one of the country's biggest money lenders, is among the defendants for İşbank's partnership with Doğan as a stakeholder in Petrol Ofisi.

Speaking at yesterday's hearing, Hanzade Doğan Boyner, daughter of the tycoon and a top executive at Petrol Ofisi, denied the allegations and claimed their imports were "legitimate."

Aydın Doğan rejects the charges and denies responsibility on the grounds that he was not involved in the management of the company at the time. The businessman has largely withdrawn from the legal affairs of his companies, though he has occasionally issued statements defending them. His media empire has remained under the spotlight, facing a barrage of accusations, mostly for defamation. Doğan claims prosecutors personally targeted him to damage his reputation. He was represented by his lawyers in previous hearings but the court ordered him to appear personally. The tycoon was last spotted in London over the weekend with his wife.

Media magnate Doğan remains honorary president of the Doğan Media Group, which owns several newspapers and TV stations. He was already facing accusations of corruption in property development and defamation of the government before the new charges were leveled against him. Doğan owns a historic hotel in Istanbul and is accused of attempting to fell more than 1,000 trees on the land where the hotel is located to build a shopping mall, with the aid of academics on the Doğan bankroll, according to some media outlets. They were alleged to have drafted a report defending him against a lawsuit, arguing the trees were not under preservation and could therefore be cut down.

Recently, his conglomerate's flagship newspaper, Hürriyet, was at the heart of an investigation for a controversial report on the army that many likened to a call for a coup. The Hürriyet article, based on "anonymous" military sources, hinted that a "disturbance" had occurred within the armed forces because officers were uneasy with the practices of the Justice and Development Party (AK Party) government, especially in the context of the latest reform that lifted a ban on female officers wearing headscarves.

Prosecutors on Monday launched an investigation into Hürriyet over its report. The investigation against the daily was triggered by a criminal complaint from an academic at Istanbul University, Mehmet Hakan Sağlam. In his complaint, the academic claimed that the news report suggests the junta group within the Turkish Armed Forces is still active, asserting that they should be found and punished on charges of attempting to destroy the Turkish government by the use of force.

Hürriyet has long been criticized for its coverage targeting the country's conservatives, especially during the period before and after a 1997 military coup. Then siding with the secular elite, Hürriyet was among the media outlets that spearheaded a witch hunt against Muslims in the country, publishing "false" news reports almost daily that, according to critics, were filled with slander against the faithful.
RELATED TOPICS