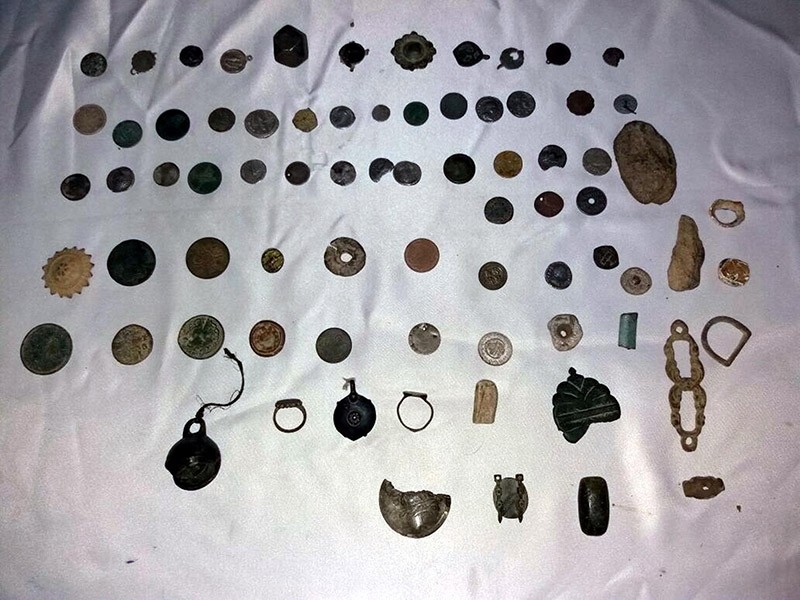 Police seized 107 historical artifacts dating back to the Roman and Byzantine periods in the Pınarhisar district of Kırklareli province.

The Provincial Gendarmerie Command teams went to the villages of Yenice and Akören after they received information about the illegal excavation and sale of the artifacts.

Police searched the homes and work places of three suspects, identified as Y.S., H.B., and T.B.

During the search, police found six bronze sculptures and 101 gold and silver coins, necklaces and rings, all believed to have belonged to the Byzantine and Roman periods.

Suspect Y.S. had been hiding some of the artifacts under their bed. All three suspects were taken into custody and the artifacts were handed over to the Kırklareli Museum Directorate.