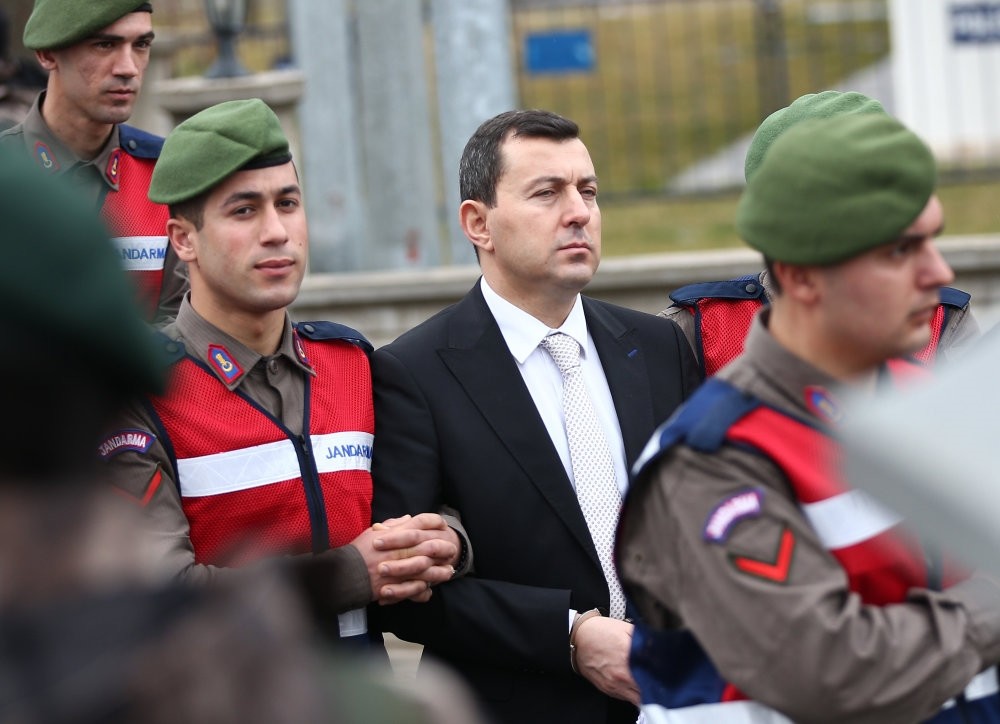 Facing life sentences, defendants facing trials on the July 15 coup attempt charges have once again pleaded not guilty. A top general denied he backed coup plotters while the president's former military aide claimed he does not remember why he acted suspiciously during the putsch bid

In the first week of trials this month, denials were abound from suspects who joined the July 15 coup attempt that is being blamed on the Gülenist Terror Group (FETÖ), while a defendant stood out among others for his contradicting remarks and apparent 'amnesia' when he was asked to explain his seemingly strange behavior during the failed putsch bid.

Adem Huduti, a general who was heading powerful Second Army that oversees security in Turkey's volatile southeast before he was arrested following the coup attempt, told a court on Thursday that he did not join the coup. Huduti is among 76 military officers being tried for the coup that was allegedly orchestrated by a junta loyal to FETÖ.

Prosecutors say that Huduti's name was on the list of generals cooperating with the coup plotters. A confidential document found in the possession of one of the putschists had Huduti's name as the post-coup commander of the Second Army.

"Huduti knew who the pro-coup officers were and that it was illegal for the army to seize power. Despite this fact and having the opportunity to quell the coup attempt, he didn't act. Moreover, he repeatedly blocked attempts to capture and neutralize pro-coup soldiers. Unlike other army commanders who openly declared they were against the coup and used their authority to stop the coup attempt, Huduti never used his authority," a damning indictment against Huduti read.

Adem Huduti said he had no links to FETÖ in his 43-year career in any way and he said that he was opposed to the coup the moment he found out about it. He said he gave orders to his subordinates not to join the coup and attributed the lack of civilian casualties in Malatya province, where the court and his military base is located, to his efforts against the coup. He said he did not "find an opportunity" to make a press statement to say he was against the coup.

The general and other defendants, all military officers, face three life sentences each, as well as lower sentences for the coup attempt and membership to terrorist group in reference to FETÖ.

Meanwhile, Ali Yazıcı, who was a colonel and the military aide of President Recep Tayyip Erdoğan before he was arrested on coup charges the day after the putsch attempt was quelled, gave an erratic defense in his hearing late Wednesday.

Yazıcı is accused of having links to FETÖ and informing coup plotters about whereabouts of Erdoğan during the coup attempt. Two teams of pro-coup troops were dispatched to the vacation resort in Marmaris where Erdoğan was staying to kill him. Their mission failed when Erdoğan fled after being informed that a coup attempt was unfolding. Yazıcı was away for vacation during the coup attempt but he traveled to Antalya, the city neighboring Marmaris, on July 15, hours before the putsch attempt started.

He said he first traveled to the capital Ankara from his hometown in central Turkey and was planning to attend an event that the president would also attend in Antalya on Saturday. He said that he then decided to drive on his own to Antalya, leaving his chauffeur in the capital. Yazıcı was supposed to travel in the company of a non-commissioned officer.

Instead, he told the court he took "a lieutenant colonel named "Emin" with him to Antalya after the latter ran across him as he was preparing to leave Ankara and offered to travel together. Yazıcı often spoke about "Emin" during his testimony.

"I don't know how he learned I would go to Antalya and how I gave him my cellphone during the ride. He was below my rank but I let him check my cellphone and travel with me," Yazıcı said in a bizarre testimony.

Yazıcı repeatedly said that he was "not himself" that day. He also said he did not remember his phone calls with other officers that day, or his own phone number. He also failed to explain why he changed his route to İzmir, a western city, while he was supposed to travel to Antalya.

It was "Emin" who instructed him to go to the Çiğli military base in İzmir, Yazıcı told the court. That was the military base where a team of assassins sent to take out Erdoğan flew from. He also did not answer to questions at the trial on why he lied to the presidential staff he was corresponding to during the coup attempt about his whereabouts.

In his first testimony to investigators after his arrest, Yazıcı acknowledged he made "a series of mistakes" when he told a pro-coup officer the name of the hotel where Erdoğan was staying in Marmaris. He has failed to explain why he did not call the president to check his safety once he found out about the coup attempt.
RELATED TOPICS