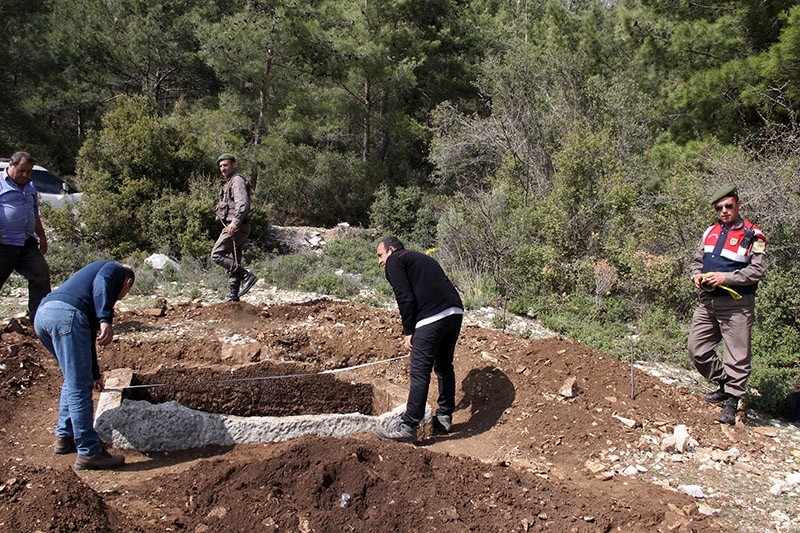 A tomb from antiquity has been discovered and placed under protection in the Ula district of western Turkey's Muğla province.

Gendarmerie units took the necessary measures to uphold environmental safety, as experts from the Muğla Museum Directorate carried out excavation work inside the freshly discovered tomb.

Experts identified that the tomb dated back to the ancient period and confirmed that it had been emptied previously.

Further excavations are planned in the region in the upcoming days.

During the operations, suspects M.E., B.A. and H.T. were detained and a metal detector, dowser, hammer, digging tools were seized, including four objects, three lamps and a tear bottle considered to be historical artifacts.