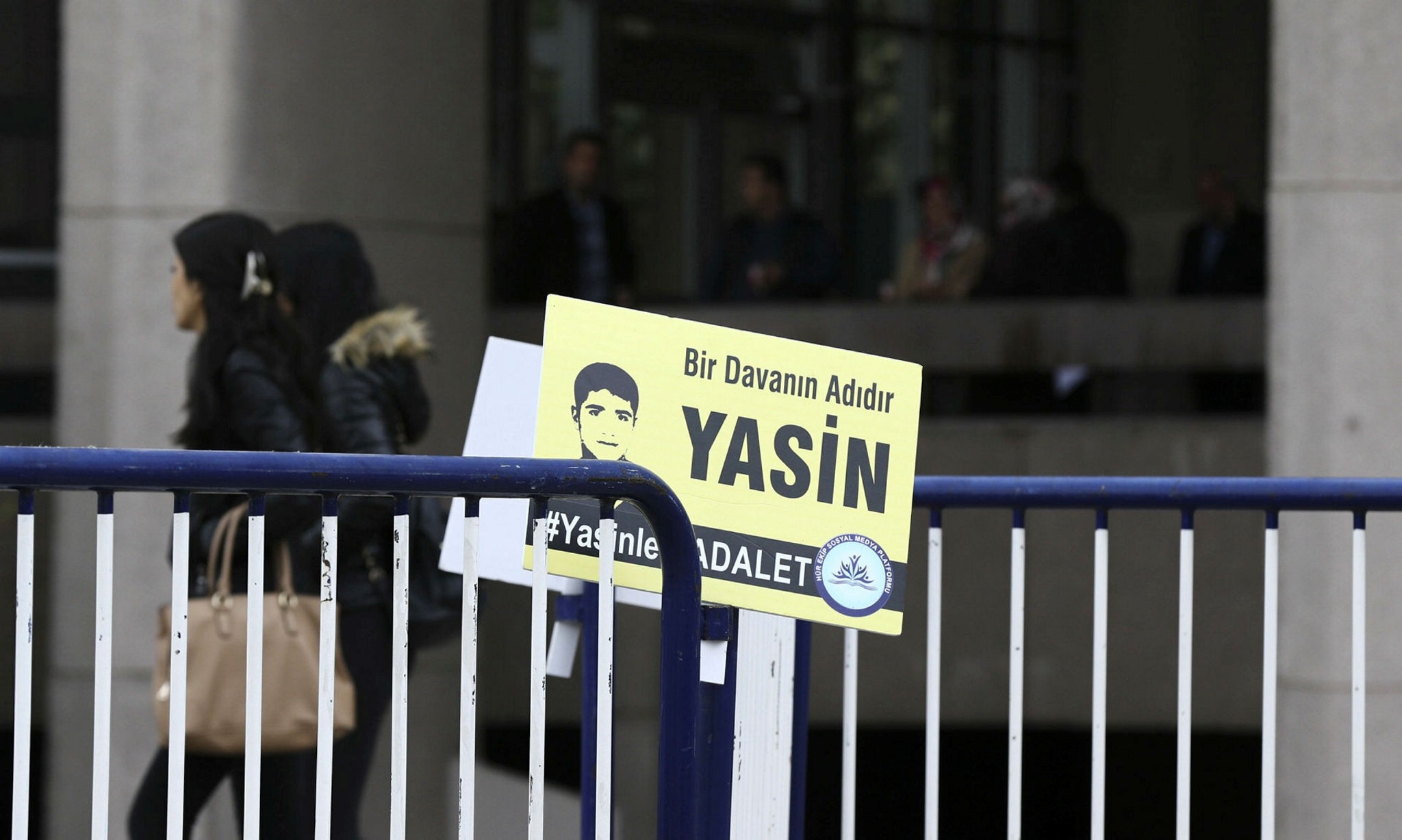 18 suspects out of 41 were sentenced to life in prison in a trial for the PKK-motivated killing of 16-year-old teenager Yasin Börü and his three other friends in Diyarbakır three years ago.

16 out of the total 41 convicts were given five aggravated life imprisonment sentences each by the Ankara 2nd Heavy Penal Court.

The court said the harsh sentence had been handed down to the convicts for "killing by torture and with atrocious feelings" as well as "disrupting the unity and territorial integrity of the state".

Six juveniles were also convicted in the case and handed 22 years in jail, whereas 13 other suspects were acquitted.

The killing of the three young men happened amid two days of riots between October 6-7 instigated by the PKK after a call by the Peoples' Democratic Party (HDP), which is known for its close ties with the terrorist organization. The HDP had called upon their supporters to take to the streets in support of Kobani, a predominantly Kurdish town in Syria, which was besieged by Daesh militants.

The protests quickly evolved into riots by pro-PKK groups targeting everyone they deemed to be Daesh supporters in the southeast, particularly conservative Kurds and Muslim charities, like the one the three victims had worked for. Börü, Gökgöz and Dakak were distributing aid to Syrians who fled Kobani.