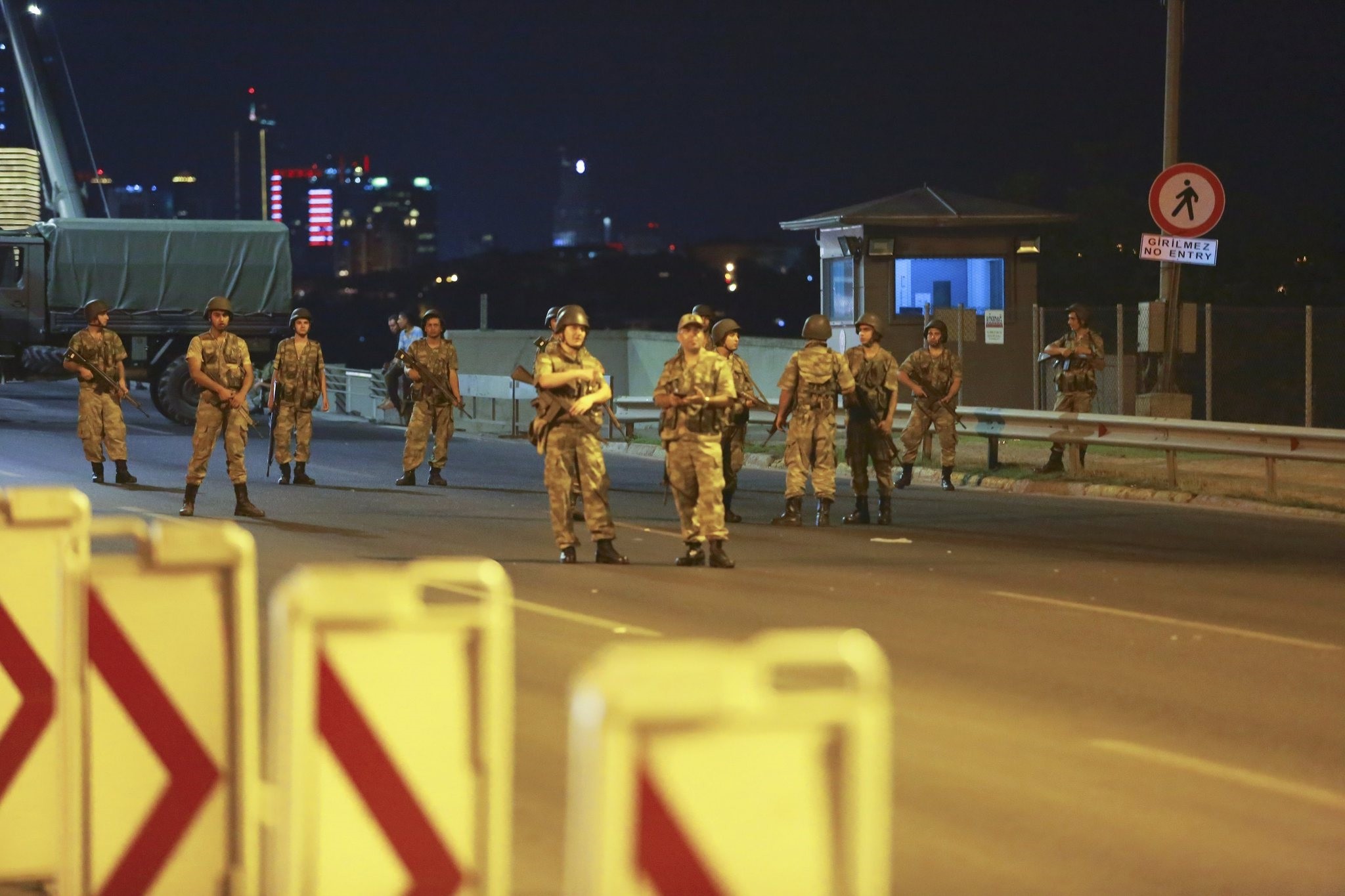 The failure of the coup last year on July 15 spurred FETu00d6 to form sleeper cells within state agencies to continue terrorist activities, an indictment says.
by Anadolu Agency May 08, 2017 12:00 am

An Istanbul court today will begin the trial of 45 suspects accused of forming sleeper cells linked to the Gülenist Terror Group (FETÖ). All suspects, soldiers and a deputy governor, are said to have not participated in the July 15 coup, instead being sleeper cells that would rise up in the failed coup.

In an investigation carried out by Istanbul Counterterrorism and Organized Crime Prosecutor Can Tuncay, suspects are accused of crimes that carry between seven-and-a-half years and 22.5 years in jail. Among the suspects are 11 colonels.

The indictment accuses the suspects of hiding their true identities in case the July 15 coup failed, and would have participated in terrorist attacks if the sleeper cells had not been uncovered. FETÖ, led by fugitive imam Fethullah Gülen, is said to have organized the sleeper cells to prevent a total cleansing of its operatives within the military.

The testimony of Hasan Polat, a one-time FETÖ imam, was used to support the accusations. In the indictment, the prosecutor argued that Polat's testimony was judged to be credible because his previous statements on officers who participated in the coup attempt, users of the ByLock messaging application and those who deposited funds to the now-defunct Bank Asya were proven were facts.

Gülen, who resides in a huge compound in Pennsylvania, U.S., still heads FETÖ from his retreat and repeated calls to American authorities to extradite him have failed to produce any results. The fugitive imam used to control an enormous media, business and education empire with tentacles reaching into many state institutions. Over decades, he recruited thousands of students who later infiltrated the military, police and other key state agencies, through whom he attacked anyone he perceived as an opponent. Many languished in jail for years on trumped up charges filed by his operatives within the police and the judiciary while his group's media arm blackened their reputation.

The state response toward the intimidation campaign by FETÖ began in 2013, with concrete steps taken against FETÖ operatives in the public and private sector. The investigation into the money laundering accusations against Bank Asya, which channeled significant funds collected by the group from the U.S. government under the guise of charter schools and money collected from businessmen in Turkey into its criminal enterprises, resulted in a call for all loyalists to deposit funds to the bank. As a result of the investigation, the bank was eventually shut down to stop the funding of the terrorist group.

The deadly July 15 coup attempt, led by FETÖ loyalists within the military, caused the government to pass a state of emergency, which allowed a more comprehensive investigation and prosecution of the group's remnants within the state. Its media arm was closed, while many senior officials within the police, military and judiciary with evident FETÖ loyalties were suspended or fired.

FETÖ members used the messaging application ByLock to communicate with each other until the National Intelligence Organization (MİT) broke its code in early 2016. A total of 215,092 FETÖ members are said to have used the program for secure encrypted communication. The prosecutors said ByLock was popular among FETÖ members between 2013 and 2015. After 2015, the terror cult turned to Eagle IM, which offers "256-bit end-to-end AES encryption," according to the app's description on its Google Play Store page. It was also revealed that the group's leader, Fetullah Gülen, used to send out instructions through the ByLock messaging app.

ByLock users, who worked in the civil services and as bureaucrats are now being investigated for their possible links to FETÖ. Scores of suspects linked to the terror group have already confessed to using ByLock.

The indictment says that 14 of the suspects and wives of two others in today's trial were active users of ByLock.
RELATED TOPICS