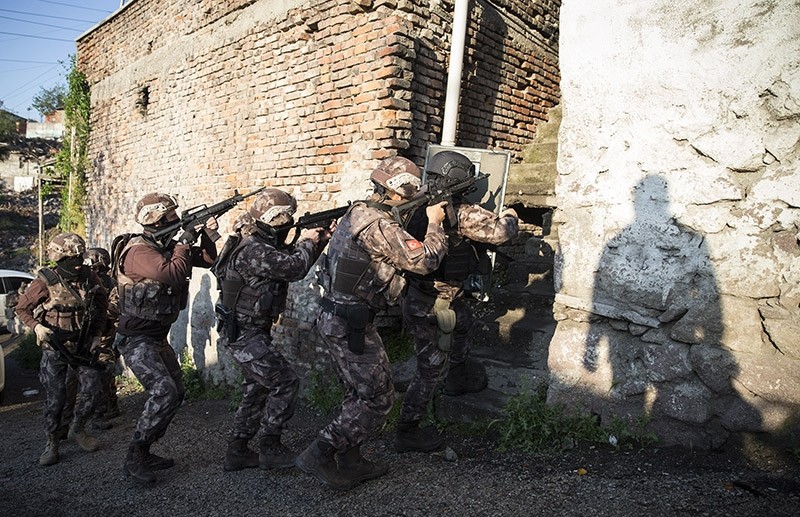 Police launched one of the largest operation against drug smugglers and peddlers Monday, targeting at least 913 suspects in a narcotics probe.

In simultaneous operations in 79 cities, from Tekirdağ in the northwest to Şırnak in the southeast, police raided houses, businesses and other places of interest to capture the suspects.

A total of 1,676 police teams and 7,118 staff reportedly participated in the operations, which was supported by teams from counter-terror department and anti-smuggling and organized crime departments.

In the capital, police raided 13 different places and detained some suspects.

The annual revenue from cannabis production and sales is around 500 million TL ($170 million), and another $1.5 billion is raked in from drug trafficking.

In 2014, the government launched "The Rapid Action Plan Against Drugs" to counter drug abuse and smuggling.

The action plan covers all aspects of the struggle against narcotics abused by about 2.7 percent of the population, from raising awareness of their dangers and curbing demand to rehabilitation and treatment of addicts and facilitating social inclusion.

It also paved the way for the establishment of "narcoteams," specialized police units active in neighborhoods where drug sales are concentrated.

Monday's raids were unprecedented for its sheer scale, though Turkey frequently cracks down on drug smuggling gangs, especially those who finance terrorism.

The PKK, which is involved in a violent campaign of terror in the southeast, is known as main beneficiary for drug smuggling and sales according to security experts.