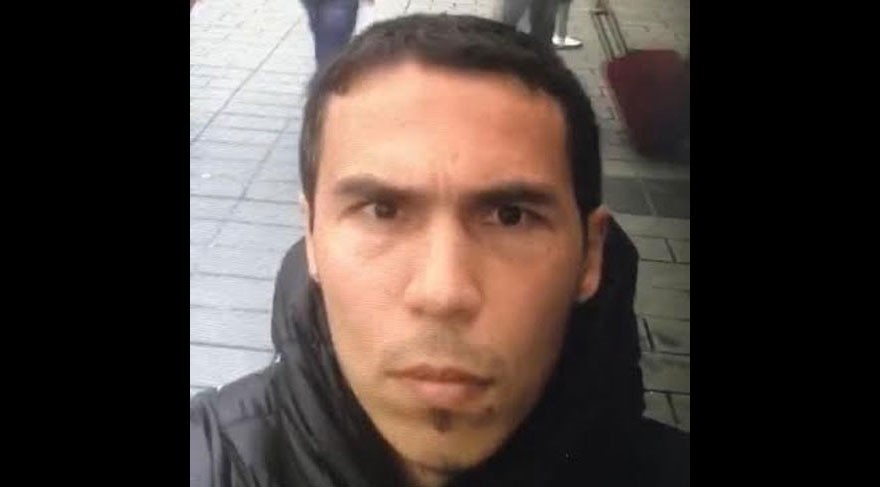 Four months after Uzbek-born Abdulgadir Masharipov stormed Reina, a posh nightclub by the Bosporus, and gunned down 39 people, the Chief Prosecutor's Office in Istanbul has wrapped up an indictment against him and 56 others. Prosecutors asked the court to sentence Masharipov to 40 separate aggravated life imprisonments and an additional 2,397 years for the killings and other crimes.

Masharipov, who also injured 79 others when he randomly fired upon revelers with an AK-47 rifle before fleeing the scene, was captured in a hideout in Istanbul's Esenyurt district a few weeks after the brutal killings, one of the worst attacks by Daesh in Turkey.

He is accused of "attempt to overthrow constitutional order," a terror charge, multiple homicide and homicide attempts, membership of a terrorist organization and charges related to possession of illegal weapons. Along with Masharipov, 50 suspects were jailed over the attack while six others remain at large. More than 120 people, including the nightclub's operator, are among the plaintiffs in the case; most are the families of foreigners. Reina was full of revelers from the Middle East and Western countries when Masharipov, who arrived by taxi, made his way into the club after killing security guards outside. The suspect then took advantage of the commotion in the aftermath of the attack and fled the scene posing as an injured man.

Masharipov, who adopted the Daesh nom de guerre Abu Muhammad al-Khorasany, arrived at the nightclub around 1:15 a.m., according to the indictment, at a time of new year celebrations.

An intense manhunt was launched after the attack and some 2,000 police officers combed Istanbul for traces of Masharipov in operations backed by intelligence services. Police raided 152 locations to find him, when he was finally spotted hiding out in an apartment building in the working-class Esenyurt district. Masharipov's capture was hailed as a victory for Turkish police. He is the only Daesh member captured alive after carrying out a terror attack since the terrorist group has employed suicide bombers in all its attacks targeting Turkey over the past couple of years.

Prosecutors say the Reina attack was carried out on the orders of Islam Atabiev also known as Abu Jihad, a Russian Daesh militant in Syria. Atabiev, who also runs Daesh's media outlets in Russian, dispatched a militant to Turkey to instruct Masharipov about the attacks. This unidentified militant gave an audio recording of Atabiev ordering the attack and some cash to Masharipov a week before the attack. In the audio recording, Abu Jihad says "Istanbul should not be safe for infidels."

Masharipov accepted the job and shot a farewell video for his family, urging his young son to grow up to be a suicide bomber. He first scouted Taksim Square, one of the busiest places in Istanbul and Reina was "a secondary target" according to the indictment. When he saw a heavy police presence at Taksim, Masharipov contacted Abu Jihad for a change of location. The senior Daesh militant told him to attack the offices of a newspaper or Reina. The newspaper was closed for the new year holiday and Masharipov chose Reina.

Masharipov said he had already tried to kill himself when he stormed the nightclub, but failed. He said he was given hand grenades but realized they were actually "flash bangs" when he pulled the pin on one near his face to kill himself after mowing down the crowd at the club. "I would kill myself so that I wouldn't fall into the hands [of police]. It was a suicide [attack]," Masharipov added, saying he would "gladly" accept a death sentence. Turkey abolished the death penalty years ago. Though the suspect claimed he tried to kill himself, he was found hiding along with other Daesh sympathizers after avoiding confrontation with police, narrowly escaping capture at a checkpoint while he was on the run. A court date is yet to be set for Masharipov and the others.

Daesh emerged in neighboring Iraq and Syria, exploiting the lack of security and civil war, and was quick to turn its sights on Turkey, which it declared among hostile states. After a 2015 bombing in Şanlıurfa, a city near the Syrian border, it launched a string of attacks in big cities including the capital Ankara and Istanbul, the country's most populated city. The Reina attack followed suicide bombings and a shooting by Daesh militants at the city's Atatürk Airport last summer that killed 45 people.

Recently, the terrorist group released a chilling video showing a hooded man with a backpack walking by Istanbul's landmarks, a police patrol car, a tram and busy venues, accompanied by a message calling Daesh followers to attack Turkey "to turn a sense of safety into fear."

Since Daesh has emerged as a terrorist group, Turkey has detained over 5,000 Daesh suspects, deported over 3,290 foreign terrorist fighters from 95 countries and refused more than 38,269 individuals' entry to Turkey.

Turkey also launched Operation Euphrates Shield last year in a bid to back Syrian opposition groups fighting the terrorist group in Syria. The operation between August 2016 and last month managed to wrest the Syrian towns Jarablus, al-Rai, Dabiq and al-Bab from Daesh control. Although it originated in Iraq and Syria, Daesh depends mostly on foreign fighters and Turkey is the main gateway for potential recruits.