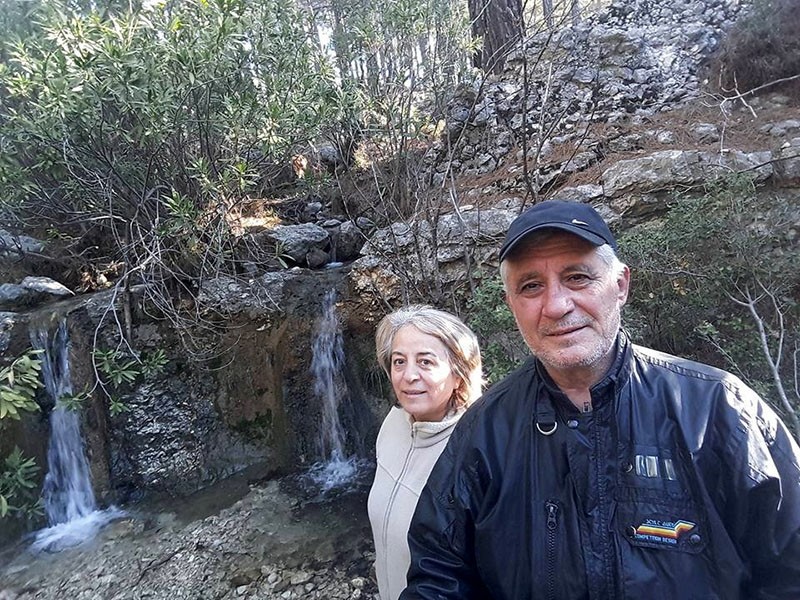 The assailant in the murder of an environmentalist couple in southwestern Turkey confessed in his testimony that he was hired by a figure linked to a stone quarry, one of the many in the region that the couple were fighting against, proving initial suspicions right.

The couple, Aysin and Ali Ulvi Büyüknohutçu, both 61 years old, were found murdered in their rural home in the Finike district of Antalya province on May 10. Büyüknohutçu was best known for his activism and lawsuits against stone quarries in Finike and the rest of Antalya, in addition to being the chairman of a tenants' rights association and a consumer rights workgroup within the Antalya City Council.

With the help of locals and environmentalists, the Büyüknohutçus had been fighting against local stone quarries for the last six years in Finike's Alacadağ, Gökçeyaka, Kızılcık and Adala villages, which are located among centuries-old cedar and pine forests. In return, the couple experienced constant harassment related to their activism, according to their friends' accounts.

31-year-old Ali Yumaç was detained as a suspect in the murder, later confessing to killing the couple in his testimony before the gendarmerie. Yumaç initially claimed that he came to the couple's home on Tuesday to ask for money for the treatment of his sick wife, but shot the couple with a hunting rifle after an ensuing argument.

However, in his testimony before the public prosecutor and the court, Yumaç confessed that a man who had worked at a quarry that was later shut down, whom he identified with the alias "Çirkin" (Ugly), offered him 50,000 Turkish liras ($13,780) for the murder of the Büyüknohutçu couple.

Yumaç said that a 65- or 70-year-old man working in the quarry approached him on May 8, gave him TL 3,000 in advance and promised the rest of the money after the murder. Yumaç's testimony said that the man wanted him to portray the murder as theft and throw the weapon and everything else into a deep sinkhole located some two kilometers away from the crime scene. He also gave a detailed account of the man's physical characteristics and his license plate number, saying that they were supposed to meet for the remainder of the money in a quarry after the murder, but the man did not show up.

Yumaç also said that he intended to kill only Ali Ulvi, but when the man held a flashlight in his face he panicked, killing both the man and the woman. He added that him and his wife had gone to the couple's house as guests for tea, letting him plan the murder for that location.

The Büyüknohutçu couple's lawyer previously argued that the suspect could not have acted alone, as it would have been impossible for the suspect to locate the remote sinkhole, since most of the locals were unaware of its existence.

The lawyer also stated that the suspect and the couple only encountered one another during a fire near the Büyüknohutçus' house, which was likely started by Yumaç. The suspect helped Büyüknohutçu put it out and later asked for money in return. Büyüknohutçu was about to press charges when Yumaç returned to their home a couple of times to ask for more money, the lawyer said.

After the murder, a group of environmentalists arrived at the couple's home and accused the local mining industry of harassing the couple for a long time. A group statement said that one of the couple's neighbor's house was recently set on fire, while the woods located near their house were also set on fire several days ago.