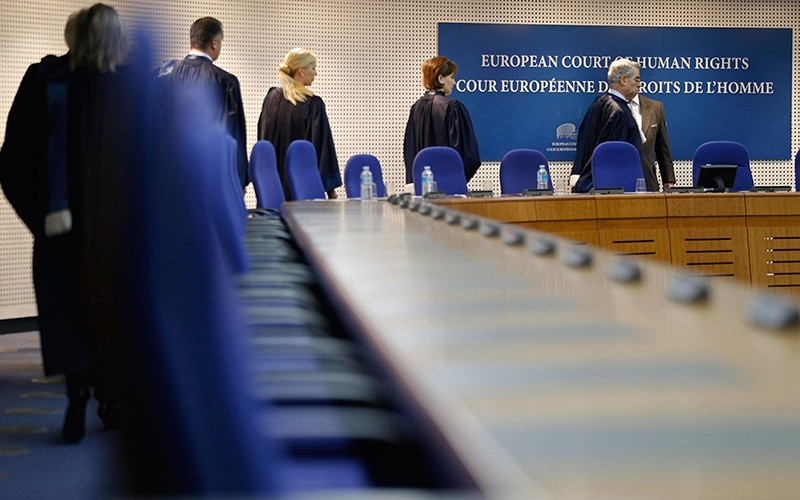 The publisher of Germany's Die Welt and Welt am Sonntag newspapers has filed a formal complaint to the European Court of Human Rights about Turkey's arrest of Turkish-German journalist Deniz Yücel since February, the newspaper reported Saturday.

Die Welt news correspondent Yücel was arrested Feb. 27 due to his links to RedHack, a band of hackers known for their terror links, in addition to spreading propaganda on behalf of the PKK terrorist organization.

Yücel has already filed a separate complaint with the European Court that is being supported by the German government.

"We are using all legal means to defend the freedom of Deniz Yücel and our publishing house to report," said Stephanie Caspar, managing director of the publisher, WeltN24 GmbH.

"It cannot be accepted without objection that a journalist is thrown into prison simply for doing his job," she added.

Berlin has repeatedly called for the release of Yücel and other Germans being held in Turkey and the detentions have contributed to a sharp deterioration in relations between the two NATO allies.

Turkish officials say that Yücel's arrest had nothing to do with journalism, and that his release would be subject to the same procedures applied to the terror suspects.

Yücel's arrest came at a time when the relations between the two countries hit a historic low amid Turkey's accusations about Germany harboring terrorist groups after renewed fighting with PKK terrorist group since July 2015 and the failed coup attempt by the Gülenist Terror Group (FETÖ) July 15, 2016.

Berlin has long been criticized by Ankara for offering a safe haven for terror suspects from the PKK and left-wing groups such as the Revolutionary People's Liberation Party-Front (DHKP-C). Following the coup attempt, many FETÖ suspects fled to Germany, where the group remains active among the Turkish community despite Turkey's calls to take measures.

German authorities also prevented Turkish ministers and lawmakers from the ruling Justice and Development Party (AK Party) to hold meetings in the country before the April 16, 2017, referendum, while German politicians openly targeted President Recep Tayyip Erdoğan in their criticism.