General of FETÖ's junta says he stumbled upon coup plot 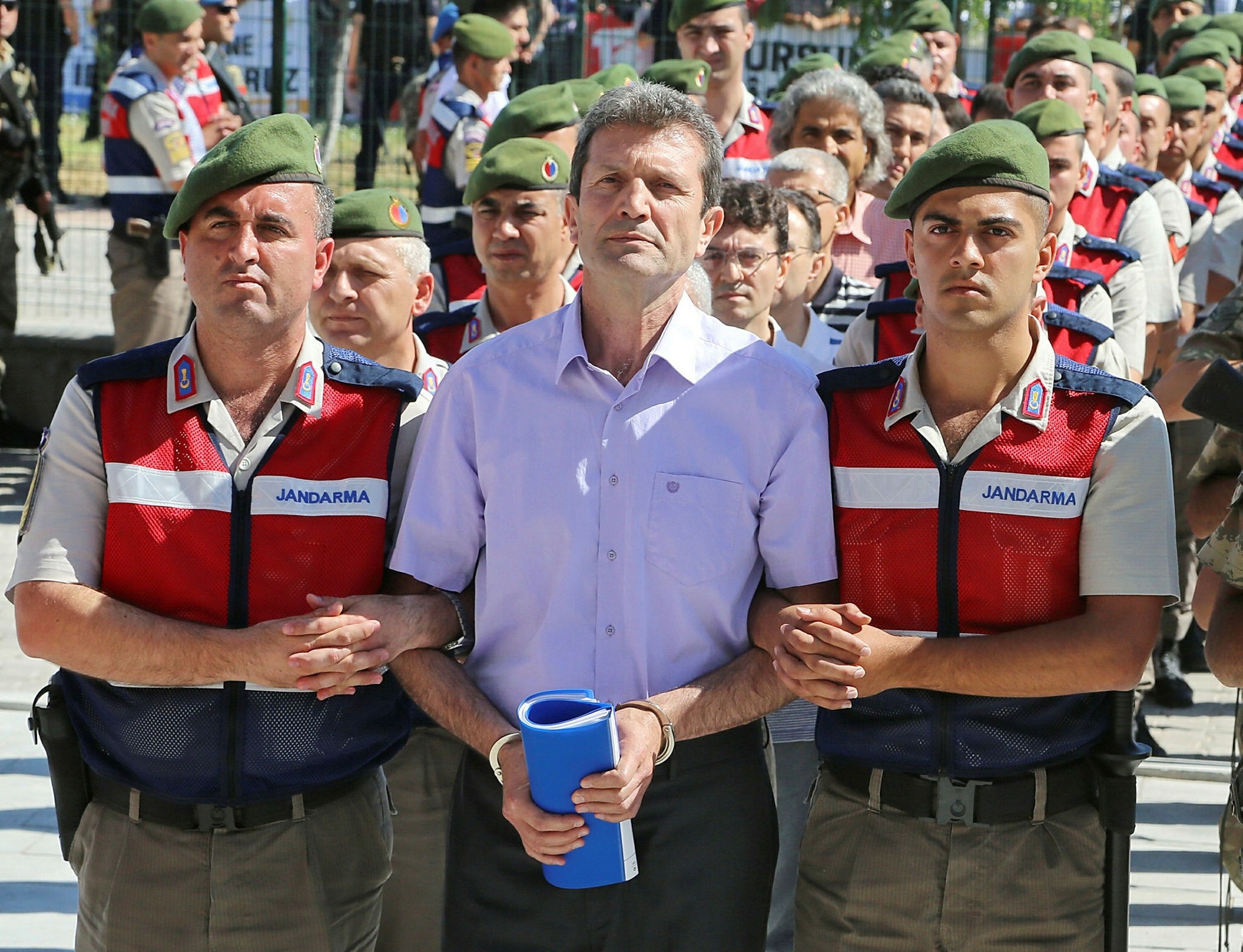 Denying allegations that he was a member of a military junta of FETÖ-linked officers, Gen. Kubilay Selçuk, stationed at the heart of the July 15 coup attempt, said it was merely a coincidence that he was offered to read the coup declaration and was found in the same room with an abducted army chief

Kubilay Selçuk, the commander of an air base in western Turkey, is the latest to testify in the biggest trial of the July 15 coup attempt that killed 249 people last year. Accused of being a member of the junta which called itself the Peace At Home Council, Selçuk denied his links to the Gülenist Terror Group (FETÖ) whose infiltrators in the army are allegedly behind the putsch attempt. Selçuk was among the suspects who were not supposed to be at Akıncı, a military base in the capital Ankara that served as the putschists' command center on July 15. His name was on a list that was found in the possession of the putschists captured after the coup was quelled and, if the coup had succeeded, he would have been assigned as operations commander of the Turkish Armed Forces (TSK).

The former general explained his presence at the Akıncı military base on that fateful night as being a "coincidence," linking his rehearsal in reciting a coup declaration on behalf of putschists to another coincidence. He also claimed that he would not have been in the same room with Chief of General Staff Hulusi Akar, abducted from army headquarters by putschists, if he had left the base early. Selçuk and other generals involved in the coup are accused of holding Akar and other anti-coup generals hostage at the base.

The defendant was the commander of an air base where two teams of would-be assassins of President Recep Tayyip Erdoğan were dispatched from. However, he denied being aware of the plot to kill President Erdoğan, who was on holiday in a city near İzmir during the coup attempt. According to his defense, Selçuk was in Ankara and visiting the Akıncı base to meet with colleagues on July 15. One of those colleagues was Hakan Evrim, another general in the Peace At Home Council. Selçuk said he "suspected" something unusual when he saw people in civilian clothes walking around the base and "accepted" the offer of an unknown civilian he came across on the base to read aloud a "presentation," referring to the coup declaration which would be broadcast on TV if the coup were successful. Selçuk implied that he did a trial run-through of the declaration to "understand what was happening." He said he tried to leave the base after that incident, claiming that just as he was waiting in a room for his aide to bring his car, Hulusi Akar and other generals entered and intervened. He denied allegations of being the coup commander who ordered the flights of pro-coup troops to launch airstrikes on strategic locations, claiming he worked "to prevent chaos."

An indictment on what happened at Akıncı names FETÖ's U.S.-based leader Fetullah Gülen as the prime suspect in the coup bid and says the base was intended to be used as Gülen's home if putschists had been successful.

The indictment, accompanied with photos of the Akıncı Air Base and images from security camera footage showing those involved in the coup, says Gülen was "number one" in the coup attempt, while Adil Öksüz and Kemal Batmaz, two "civilian" members of FETÖ, are named as his accomplices. Öksüz was nabbed by security forces at the base after the coup was quelled, while Batmaz is seen in the security camera footage included in the indictment walking freely in the aisles of the military base's command floor and at some point, receiving a military salute from an officer. Batmaz was a businessman running a FETÖ-linked company and he was among the few civilians at the base on the night of the coup attempt.

The indictment, the most comprehensive of its kind so far in relation to the coup attempt, provides details on various events that unfolded during the coup attempt around the Akıncı base. These include the bombing of police headquarters, the seizure of the satellite provider headquarters, an elite military unit opposing the coup, bombing at Parliament and on the streets near the Presidential Palace, as well as the dispatch of fighter jets from other cities to Ankara. Defendants are also accused of attempts to kidnap generals opposing the coup in Istanbul and of bringing them to the Akıncı Air Base. Army Chief Hulusi Akar and other top military brass opposing the coup were held at the base that was closed down after the putsch bid.

Prosecutors say Akın Öztürk, former head of the TSK, was the highest ranking military figure involved in the coup bid. According to the indictment, Öztürk "organized and executed the coup" and "gave orders to coup plotters. "Like Selçuk, he flew from İzmir to Ankara on July 15, skipping a wedding ceremony that both men were supposed to attend in Istanbul.