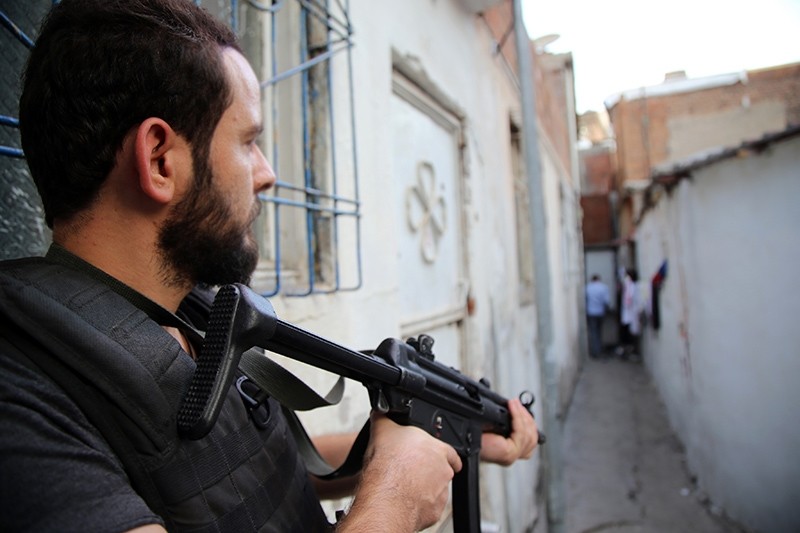 Authorities announced that Mehdi A., a Belgian national with an international arrest warrant who commanded Francophone members of Daesh, was captured in Istanbul last week

The sources said Istanbul anti-terrorist police arrested the man during an operation against Daesh in the city's Fatih district as he was making preparations for a bomb attack.

The suspect, identified as Mehdi A. had apparently traveled to Syria, where he joined Daesh, with his wife and child in 2014.

According to media reports, the suspect was responsible for French-speaking Daesh fighters in Syria.

Mehdi A. has been on Interpol's wanted persons list for the last three years.

Legal procedures at police headquarters in Istanbul are ongoing, the sources said.

Nearly 320 people have lost their lives in Daesh attacks in Turkey, where the terror organization has targeted civilians in suicide bomb, rocket and gun attacks.

Turkey is expected to extradite Mehdi A. to Belgium, media said.

The group emerged in Iraq and Syria, both of which share a border with Turkey.

Ankara is tackling an influx of foreign fighters looking to sneak into Syria and Iraq where Daesh controls towns and large swathes of territory.

Since the terrorist group's emergence, Turkey has detained over 5,000 suspects and deported thousands of others.

Authorities say they prevented the entry of more than 53,000 suspects since Daesh rose to prominence.

One of the deadliest attacks in Turkey was also one of the most recent ones carried out by Daesh. A lone gunman opened fire on revelers in an upscale nightclub in Istanbul an hour into New Year's Day in 2017 and killed 39 people, including foreign tourists.

The suspect was captured days later.

Daesh has not carried out any attack since then while security forces stepped up the crackdown on the terrorist group, rounding up dozens of suspects in almost daily operations across the country.

Authorities have announced that they discovered multiple Daesh sleeper cells during operations.

Daesh terror attacks in Turkey, which amplified between July 2015 and August 2016, drastically decreased after the operations were launched on Aug. 24, 2016.

Belgium was alarmed with two suicide bombings at Zaventem airport and a metro station near a neighborhood where administrative buildings of European Union institutions are located in March 2016 that killed 32 people.

Daesh claimed the attacks and an investigation found that it was carried out by a sleeper cell which was also responsible for suicide bombings and shootings in France in 2015.

Though Turkey is likely greenlight the extradition of Mehdi A. under international agreements, Belgium remains a favorite destination for terror suspects wanted by Turkey. It has seen a record rise, at 123 percent, of asylum seekers especially after last year's coup bid blamed on the Gülenist Terror Group (FETÖ).

Fehriye Erdal, a member of the Revolutionary People's Liberation Party-Front (DHKP-C), who was involved in the killing of a prominent Turkish businessman in 1996, had fled to Belgium after the murder and was not extradited to Turkey despite Ankara's persistent demands.

Zübeyir Aydar, a senior PKK member who the U.S. Treasury Department had designated as an international drug trafficker, was arrested in Belgium in 2010 but released three weeks later despite an extradition request from Ankara.