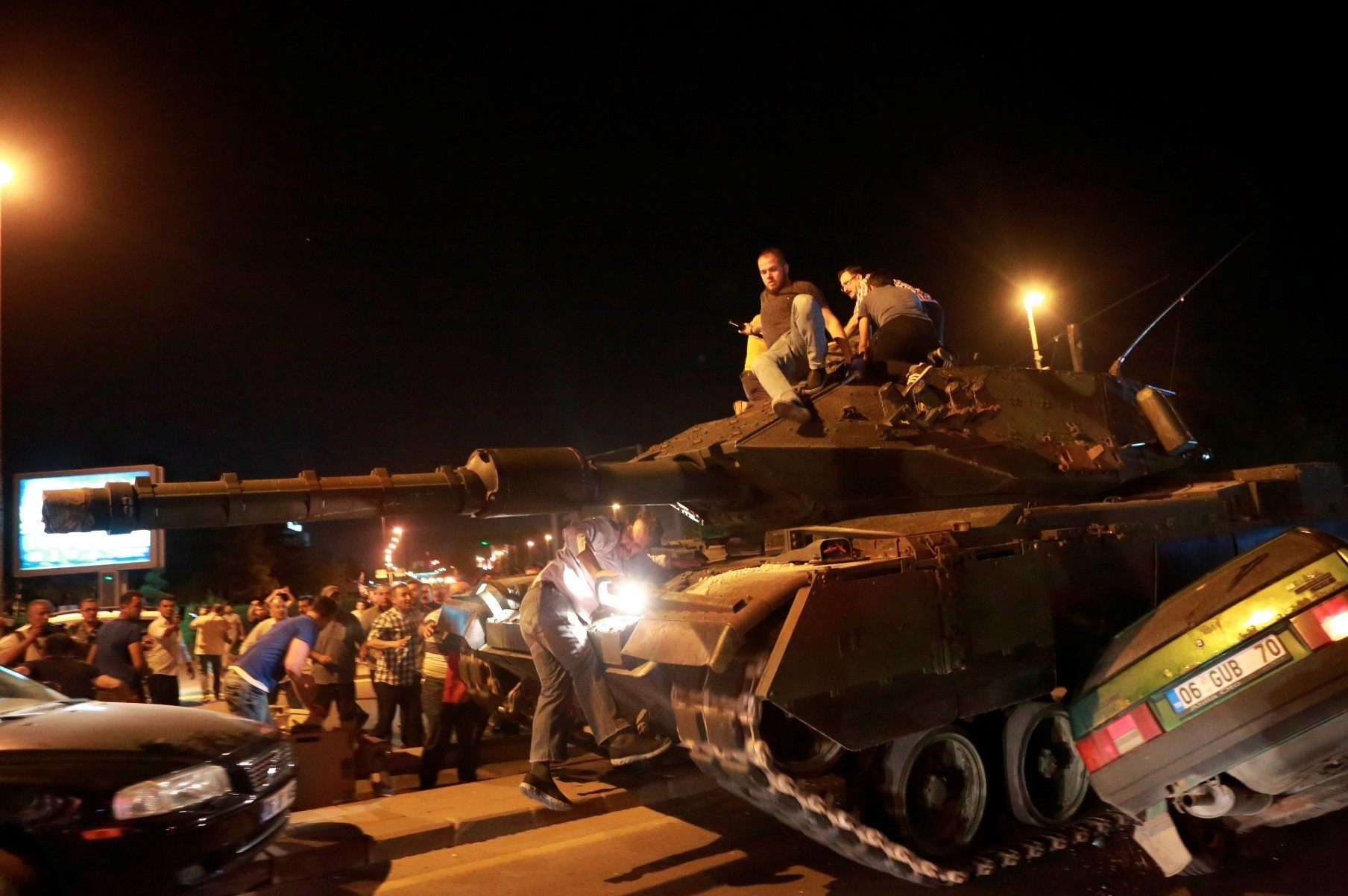 Another trial for the July 15, 2016 coup attempt blamed on military infiltrators of the Gülenist Terror Group (FETÖ) opened in the capital Ankara Tuesday. The group of defendants, 268 in number, including 216 in pre-trial detention, are accused of commanding a coup plot originated by the Fourth Army Corps stationed in Ankara. The tanks commanded by the putschists crushed civilian cars trying to stop them during the coup attempt and both commanders who ordered the tanks to be dispatched and the soldiers inside the tanks face multiple life sentences for their role in the attempt.

The defendants were brought to a courtroom in the Sincan district under tight security for the trial. Their hearings are expected to continue until Sept. 29. The first day of the trial was underway as Daily Sabah went to print.

The charges they face range from attempting to overthrow constitutional order to attempted homicide, membership of a terrorist group, and property damage, among others.

On July 15, 2016, pro-coup troops from the Fourth Army Corps and the 28th Mechanized Infantry Brigade - a division of the Army Corps - commanded 16 tanks that headed to the headquarters of the army in central Ankara. Their purpose was apparently to intimidate anti-coup soldiers, police and unarmed civilians. A crowd opposing the coup tried to block their way to the army headquarters but the tanks advanced anyway, crushing cars on their way and injuring civilians who narrowly escaped certain death. During the coup attempt, 249 people, mostly civilians, were killed by putschists who indiscriminately fired on anti-coup crowds and launched airstrikes in Ankara.

Ali Kalyoncu, a fugitive general who would command the infantry brigade if the coup succeeded and Osman Ünlü, the would-be commander for the putschists in the Army Corps, are accused of forcing their way into the headquarters of the brigade and corps to seize command. Lieutenant Colonel Nuri Büyükyazıcı is accused of coordinating the tanks' advance. Büyükyazıcı is also accused of persuading soldiers unaware of a coup attempt to drive the tanks toward the Office of the Chief of General Staff, telling them that they would be "deployed against a terror attack targeting the headquarters." As a strong public resistance emerged, their plans were thrown into disarray and soon, the soldiers in the tanks lost contact with each other. They were captured by anti-coup security forces while some surrendered.

An indictment against the defendants says the group of putschists from the Fourth Army Corps, including generals and colonels, regularly met months before the coup to discuss the details of the putsch attempt. Prosecutors say the group, exclusively composed of FETÖ-linked officers, disguised their meetings as "morning walks" and planned who will do what during the attempt to seize power and who in their military bases might oppose it. Pro-coup officers also made a dry run with tanks two months before the coup attempt, according to the indictment, which says they deceived their subordinates unaware of the preparations of the putsch. Tank personnel were told they were "in training for deployment on the Syrian border," during the secret exercises ahead of July 15, 2016. Pro-coup officers from other military bases also joined the coup attempt at the Fourth Army Corps, prosecutors say.

The coup trials in Turkey started last year and hundreds of officers, from lieutenants to generals, are being tried for the coup attempt. So far, only a few defendants have acknowledged their links to FETÖ despite evidence showing their meetings with the group's members. Gülenists had been infiltrating the army, law enforcement, judiciary and bureaucracy for decades, prosecutors say, before they moved to seize power in two coup attempts in 2013 through their infiltrators in the judiciary and police and, finally, by infiltrators in the army.