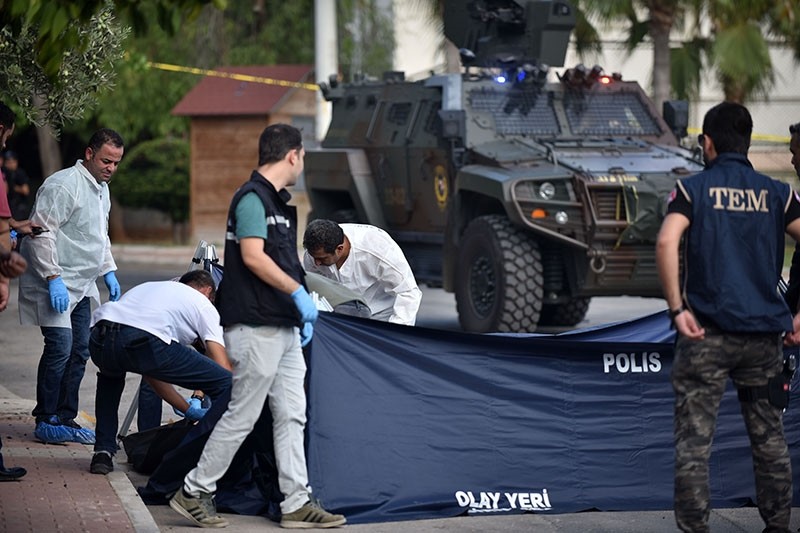 The man, who was wearing a suicide vest, was gunned down close to a police station and intelligence base in the Mediterranean city of Mersin, southern Turkey.

Authorities fired on the man after he disobeyed an order to halt and appeared to reach for the detonation cord of the device he was wearing.

"The terrorist was most probably a Daesh member," Ercan added.

The targeted police station is located next to the regional headquarters of Turkey's National Intelligence Organization (MİT).

The Mersin Governorate said in a statement that the security forces noticed the suspect some 50 meters away from the police station, and he was shot dead as he continued walking and reached for the detonator's cord.

An investigation into the incident is in progress. Police units raided a house near the police station, which was rented by the suspect some three years ago. The suspect's father, who was found in the house, was taken into custody.

The home owner told reporters that the suspect introduced himself as a Syrian national, who was unemployed and depended on aid provided by his relatives and neighbors. He said that the suspect appeared to be partially paralyzed when he came from Syria, and has been going to the hospital for the last six months for physiotherapy treatment.

Turkey has been targeted by a wave of deadly attacks since 2015 carried out by Daesh and PKK militants.

Ankara has detained more than 5,000 Daesh suspects and deported some 3,290 foreign militants from 95 different countries in recent years, while dismantling terror cells and safe houses providing logistical assistance to the terrorist group in Syria and Iraq or plotting attacks inside the country.

Turkey's efforts against Daesh made it a primary target for the terrorist group, which carried out numerous gun and bomb attacks targeting security forces and civilians, including the country's deadliest terror attack, which killed 102 people and wounded 400 others through a twin suicide bombing at a rally in capital Ankara, on October 10, 2015.