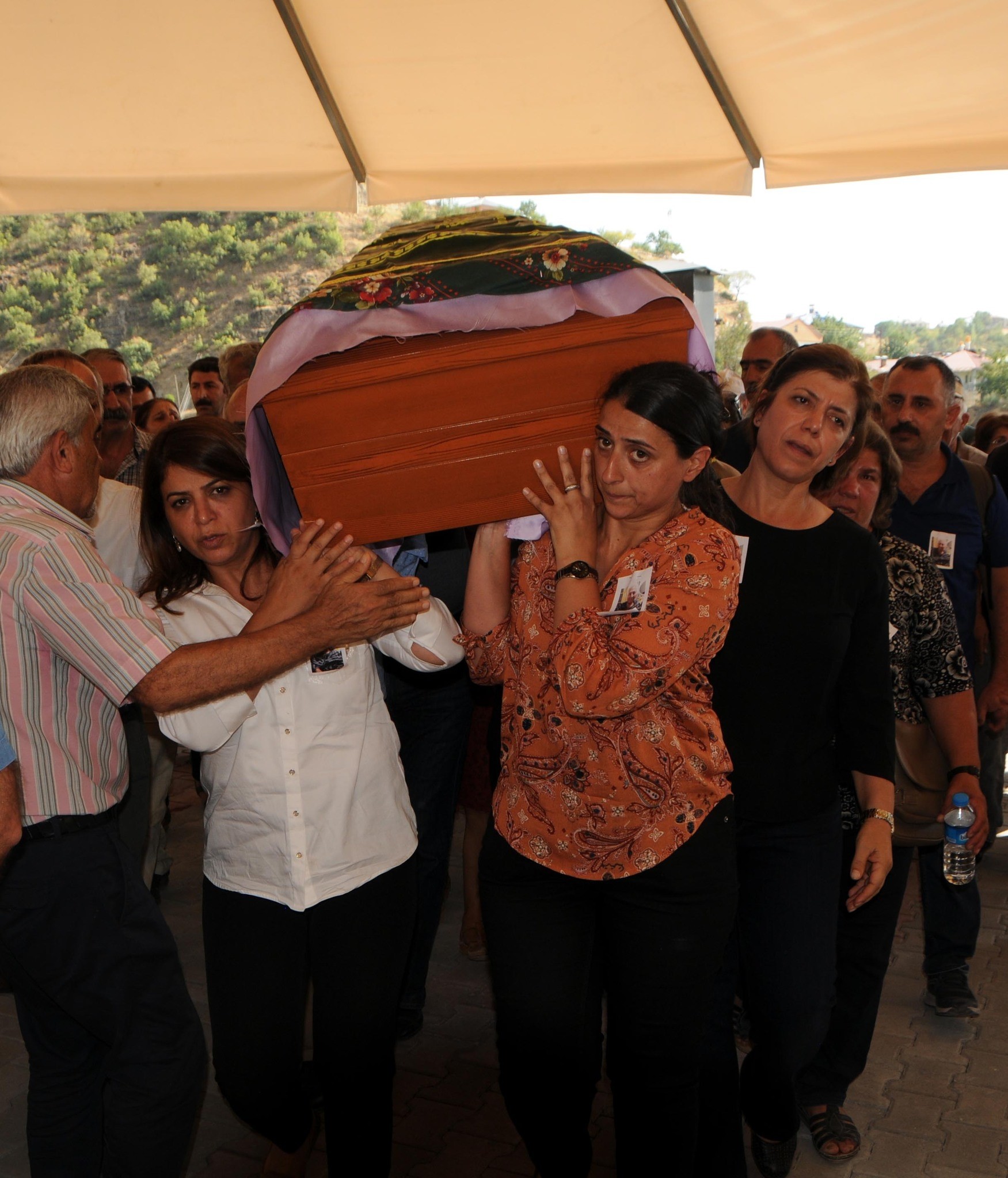 The police are currently searching for six suspects believed to be involved in the attack on the funeral of Hatun Tuğluk, the mother of jailed Peoples' Democratic Party (HDP) Deputy Chair Aysel Tuğluk. The attack took place on Wednesday and drew serious condemnation from all political parties. The police have already detained four people who are currently being questioned, according to reports.

Tuğluk attended the funeral on Wednesday after getting special permission from prison authorities. Wednesday's funeral began with a prayer at the cemevi, an Alevi house of worship, located in Batıkent, Ankara, before her casket was taken to the Gölbaşı İncek Cemetery for burial.

A group of about a dozen people confronted the procession, objecting to Hatun Tuğluk's burial at the cemetery. As Tuğluk's family and friends tried to proceed with the burial, a larger group arrived with cars and trucks and attacked those in attendance. They were believed to be objecting to the burial of Tuğluk in the cemetery.

Police officers immediately pushed back the attackers, who continued to swear and threaten the Tuğluk family.

Aysel Tuğluk is the former lawyer of the jailed leader of the PKK terrorist organization, Abdullah Öcalan.

Interior Minister Süleyman Soylu also intervened, telling Tuğluk that her mother would be buried in the cemetery safely if that was what she wanted. The interior minister then went to the cemetery to persuade the family to bury Hatun Tuğluk in Ankara. He also said the authorities would respect any decision taken by the family and were ready to implement the family's choice.

However, the family eventually decided to bury her elsewhere. Hatun Tuğluk was taken to a morgue near the cemevi and was eventually sent to Tunceli for burial, which took place on Thursday.

The Ankara governor's office issued a statement that night, explaining how a group had accosted the funeral of the Tuğluk family before being pushed back by security forces.

It was reported Friday that 23 people were initially detained after video recordings were analyzed, 19 of whom were released later. There was no physical contact between the participants of the funeral and the group, according to the recordings. The suspects are currently charged with violation of the law on demonstrations, but upon Tuğluk's complaint could involve hate crime charges.

Presidential spokesperson İbrahim Kalın on Thursday said the president condemned the attacks during the Hatun Tuğluk's funeral. "Such an inhumane act cannot be condoned. It violates every religious, cultural and civilizational value inculcated in us. Respect for the departed is one of the most sacrosanct values."

The body of Hatun Tuğluk was taken to the village of Akbuluk 8 kilometers (5 miles) from Tunceli city center Friday, where she was moved to the local cemevi before being buried at the Atatürk Neighborhood Cemetery. Her daughter Aysel did not attend the funeral in Tunceli.

"This is unacceptable," said Bozdağ, adding that the family's decision to bury Hatun Tuğluk in Tunceli needed to be respected.

He also said that those who are found guilty will be punished to the full extent of the law.