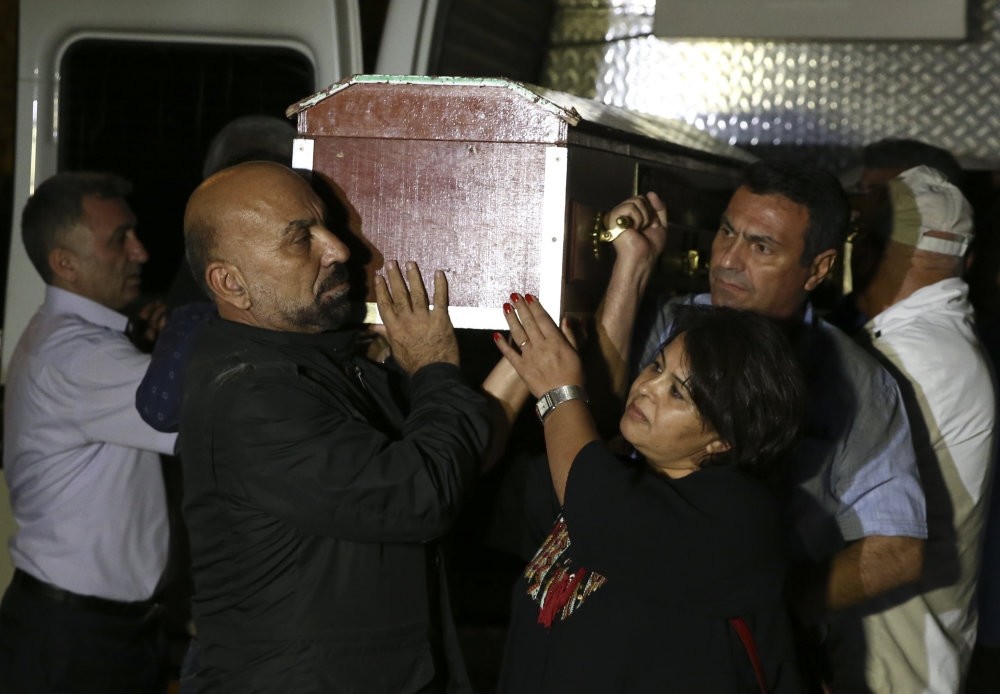 An Ankara court Tuesday ordered the arrest of three suspects for attacking last week the funeral of Hatun Tuğluk, the mother of jailed Peoples' Democratic Party (HDP) Deputy Chair Aysel Tuğluk. Tuğluk attended the funeral last Wednesday after getting special permission from prison authorities. The funeral began with a prayer at the cemevi, an Alevi house of worship, located in Batıkent, Ankara, before her casket was taken to the Gölbaşı İncek Cemetery for burial.

A group of about a dozen people confronted the procession, objecting to Hatun Tuğluk's burial at the cemetery. As Tuğluk's family and friends tried to proceed with the burial, a larger group arrived with cars and trucks and attacked those in attendance. They were believed to be objecting to the burial of Tuğluk in the cemetery.

Police officers immediately pushed back the attackers, who continued to swear and threaten the Tuğluk family. Aysel Tuğluk is the former lawyer of the jailed leader of the PKK terrorist organization, Abdullah Öcalan.

The body of Hatun Tuğluk was buried at the cemetery of the village of Akbuluk 8 kilometers (5 miles) from Tunceli city center. Her daughter Aysel did not attend the funeral in Tunceli.