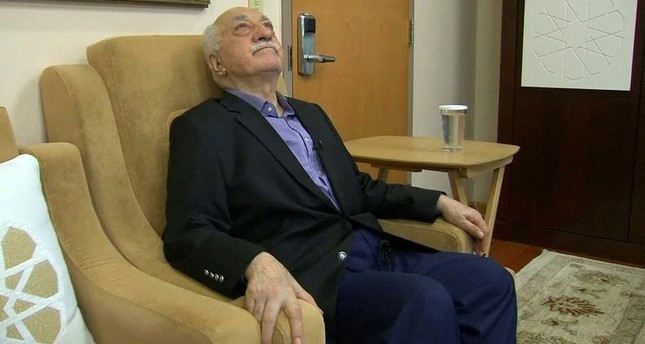 In a landmark verdict, the Supreme Court of Appeals ruled yesterday that the encrypted messaging app exclusively used by FETÖ, is sufficient evidence to prove links to the terrorist group blamed for last year's coup

In a verdict that will have an impact on dozens of ongoing trials and investigations, Turkey's Supreme Court of Appeals (Yargıtay) ruled that ByLock, an encrypted messaging app believed to be developed by members of the Gülenist Terror Group (FETÖ), was sufficient alone to indicate a suspect's link to the group accused of carrying out the July 15 coup attempt last year.

The general chamber of the court upheld the ruling of a lower court in a case involving two former judges linked to FETÖ. Metin Özçelik and Mustafa Başer, who were accused of helping FETÖ members by ordering the release of the terrorist group's members, had taken their appeal to the prison term to the Supreme Court, claiming that their usage of ByLock cannot indicate a link to the group.

The verdict upheld by Supreme Court of Appeals says Bylock was designed solely for the use of FETÖ members and Özçelik and Başer deliberately, not accidentally, used it. Both defendants had passwords for the app. The app was allegedly modified by FETÖ members to have passwords. Previously, it was accessible without passwords. Özçelik and Başer accessed Bylock more than 400 times. The same verdict says Bylock was a network exclusive to terrorist group's members and it was justified for this reason to be counted as an evidence of one's link to FETÖ.

Most of the defendants in cases related to FETÖ claim they used the app - no longer available - for simply chatting with friends while some say they "accidentally" downloaded it. Some of the defendants argue it might not constitute as credible evidence as Bylock correspondence of the suspects was deciphered by the National Intelligence Directorate (MİT).

ByLock was first heard of publicly after last year's bloody coup attempt that killed 249 people. FETÖ is accused of masterminding the putsch through its infiltrators in the Turkish Armed Forces (TSK). The messaging app was exclusively used by FETÖ long before the putsch bid, investigators say. Teams of IT experts now work to decipher 1 million messages between members of the terrorist group. They have managed to decode 18 million messages so far. However, the remaining 1 million messages reportedly contain "critical" orders or instructions to the group's followers by FETÖ's senior figures.

ByLock was discovered during criminal inquiries into the terrorist group whose criminal activities have been under the spotlight since two coup attempts in 2013. MİT uncovered the messaging app apparently programmed - or modified for exclusive use of the group's members - by someone linked to FETÖ. According to recent media reports, police intelligence staff linked to the terrorist group were behind the app. The FETÖ-linked staff working in a powerful intelligence department of the Turkish National Police were the "architects" of the app, or rather its modification to serve the purposes of the group. A group of intelligence officers are accused of controlling the private app used to deliver FETÖ leader Fetullah Gülen's messages to his followers, as well as to instruct the group's members on how to carry out plots against anti-Gülenists.

Investigations show that 95 out of the first 100 people who downloaded and installed the app were personnel of police intelligence and the other five people were employees of the Scientific and Technological Research Council of Turkey (TÜBİTAK). TÜBİTAK was the target of mass infiltration by Gülenists in the past, and it is believed that the original developers of the application are linked to this state-run institution.

Servers of the app deployed in Lithuania were brought to Turkey where teams from the intelligence service work to decode.

Turkish authorities so far have detected more than 100,000 people who downloaded the app and used it for correspondence over the group's activities. Prosecutors launched investigations and thousands, ranging from shopkeepers to high-ranking generals and bureaucrats, housewives and prominent businesspeople, were detained for exchanging messages via ByLock for acts of terror.

The messages deciphered, including those urging FETÖ members to help the coup plotters, point out that the app was one of the most employed means of communication in the secretive group. Other encrypted messaging apps would be used by FETÖ members after the authorities discovered ByLock's use.

The Ankara Chief Prosecutor's Office and MİT are coordinating the investigation into the encrypted messages that will help investigations into FETÖ as well as finding the group's members disguising themselves.

The terrorist group, which posed as the religious "Hizmet" (Service) Movement for decades, had moved to seize power in multiple coup attempts over the past four years when the government moved to curb its widespread clout in Turkey. Since then, a string of investigations disclosed that Gülenists were involved in a wide array of crimes, ranging from money laundering to orchestrating sham trials to imprison critics and conspiring against anyone opposing FETÖ.

Share on Facebook Share on Twitter
Previous in Investigations Kadri Gürsel, a columnist for the Cumhuriyet daily, became the only... Next in Investigations Two Turkish dailies reported that a staff member at the U.S. Consulate...
DAILY SABAH RECOMMENDS