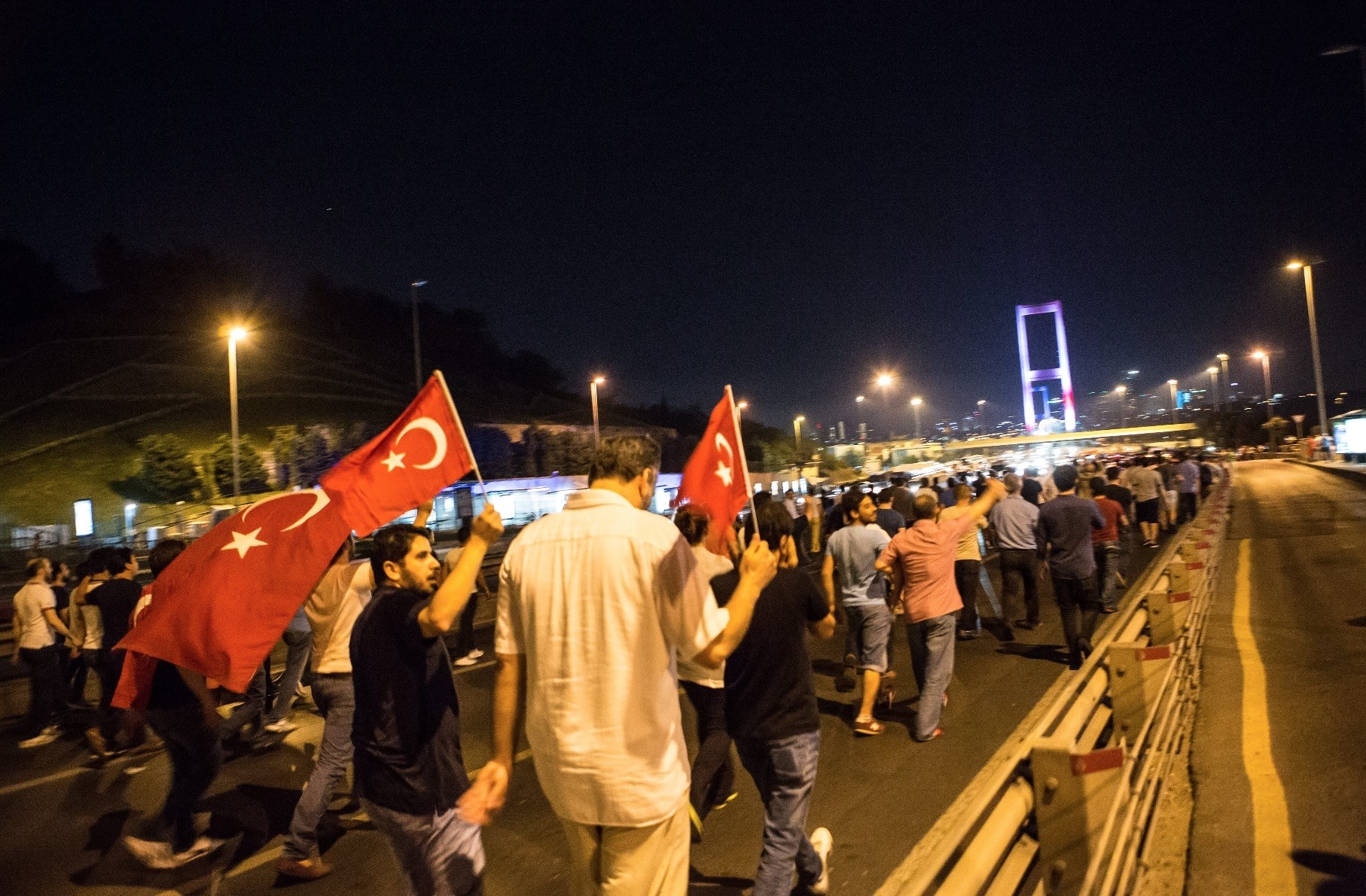 A total of 143 pro-coup soldiers accused of killing 34 people, including a close friend of President Erdoğan, on Istanbul's July 15 Martyrs Bridge, will appear before an Istanbul court today. Suspects linked to FETÖ face multiple life sentences in the trial

More than a year after the brutal coup attempt that killed 249 people, 143 soldiers who orchestrated the massacre of anti-coup civilians on the iconic July 15 Martyrs Bridge, formerly known as Bosporus Bridge, will appear in-court in Istanbul today.The defendants face aggravated life imprisonment for the deaths of civilians including Erol Olçok and his teenage son Abdullah Tayyip Olçok. Olçok was a close friend of President Recep Tayyip Erdoğan, who himself narrowly escaped an assassination bid by coup plotters on July 15, 2016.

The Bosporus Bridge where civilians were killed by putschists was renamed as the July 15 Martyrs Bridge after the attempt, which is blamed on military infiltrators of the Gülenist Terror Group (FETÖ) and was later quelled.

The trial will start in a courtroom located across from the Silivri prison complex where hundreds of people are being held, accused and convicted of being members of FETÖ as well as for involvement in the coup attempt. Families of those killed in the coup attempt and several non-profit organizations monitoring the trials are expected to be in large attendance.

According to the indictment, the defendants were dispatched from a military school and a tank division stationed in the city, in line with the plan of coup plotters who gathered at the said military school days before the putsch attempt to plan the city's takeover.

Images of soldiers on the bridge became one of the first well-publicized images of the coup attempt. As the public questioned the motives of soldiers seen in videos circulating on TVs and the internet, the country's leaders addressed the nation and notified them that FETÖ was trying to seize power. Soon, crowds poured into streets to confront the putschists and the soldiers on the bridge who were surrendered eight hours later. According to the indictment, the takeover of the bridge took place about one hour after a pro-coup colonel told his soldiers that "the army took power" and ordered them to seize critical locations. Some two hours after soldiers took full control of the bridge and its vicinity, a large crowd arrived to confront them. Istanbul Police Chief Mustafa Çalışkan would later join the crowd and one of his bodyguards is among those killed by putschists on the bridge. In addition to firing on civilians, pro-coup soldiers also clashed with police who intervened and seven putschists were killed in the shootout.

Since the coup was suppressed due to strong public resistance which is unprecedented in Turkish history, tens of thousands have been detained or arrested for suspected involvement in the coup attempt. The first trials started last December, and several high-ranking military officers have already been sentenced to life in prison. Last week in Istanbul, six officers who led troops attempting to invade the headquarters of Türk Telekom on July 15, 2016, a major telecommunications company, were sentenced to life in prison.