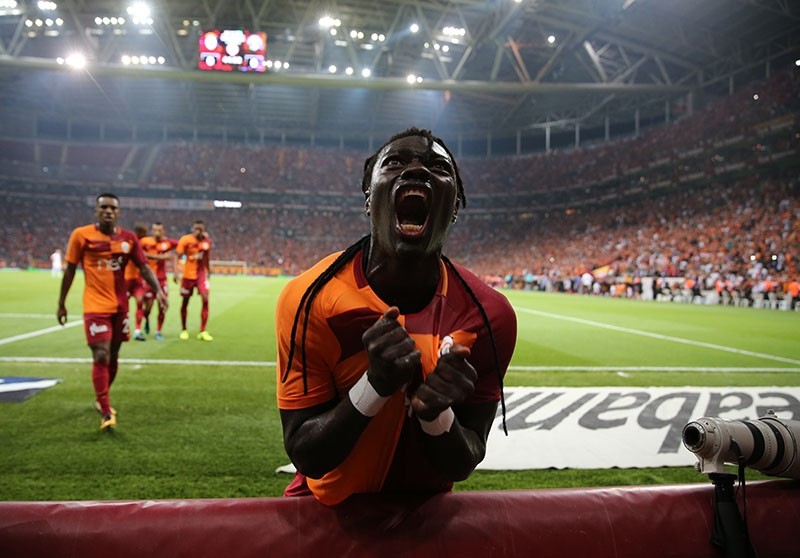 Galatasaray striker Bafetimbi Gomis celebrates his goal against Kasu0131mpau015fa in the Turkish Super League match at the Tu00fcrk Telekom Stadium on Sept. 16, 2017. (Sabah Photo)
by Daily Sabah Oct 10, 2017 12:00 am

Hakan Hepcan, the Twitter celebrity behind the racist post, has been indicted for "inciting hatred and hostility against humanity" and faces one-to-three years of imprisonment.

The Istanbul Chief Public Prosecutor's Office said the tweet – which resembled the French striker to a monkey – was a public insult to Gomis, endangering public security due to the post's racist nature and the high number of Twitter followers of the user.

According to the indictment, the Galatasaray Sports Club has been cited as the plaintift in the case, with Gomis as the victim.

In accordance with the Turkish law on the prevention of violence and disruption in sports, Hepcan has also been charged with "having cheered with insult" and was asked to be sentenced to a monetary fine.
Last Update: Oct 10, 2017 11:26 pm
RELATED TOPICS