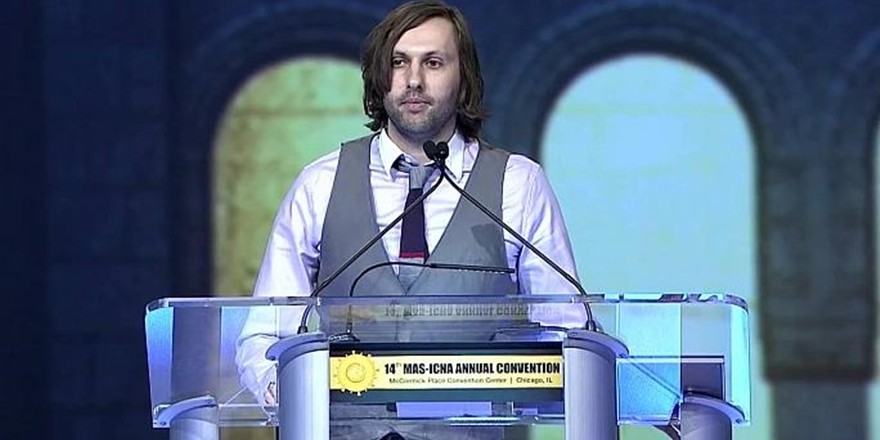 A Syrian filmmaker close to the opposition who made a film about a notorious regime prison has been stabbed by an unknown assailant in Istanbul, supporters and Syrian groups said Wednesday.

Muhammad Bayazid was stabbed in the chest on Tuesday while on his way to a meeting, according to an eye-witness account posted on the filmmaker's official Facebook page.

His wife Samah Safi Bayazid, who is also a filmmaker, confirmed the attack, describing it as an "assassination attempt." Muhammad Bayazid was taken to the hospital, where he remains in intensive care.

Supporters of Bayazid said he was working on a film about the notorious Tadmor prison in central Syria outside the ancient city of Palmyra, where 300 prisoners were massacred in 1980 under Hafez Assad, the late father of the current leader of the regime Bashar Assad.

Bayazid's upcoming film "The Tunnel" is based on the "true story" of a Syrian-American man who was unjustly imprisoned in Tadmor, its promoters said. Its first showing in Turkey was last weekend.

Syrian opposition activists and journalists based in Turkey have repeatedly complained about threats to their security.

A veteran Syrian opposition activist and her journalist daughter were found stabbed to death at their apartment in Istanbul in September. A relative has since confessed to their murders.