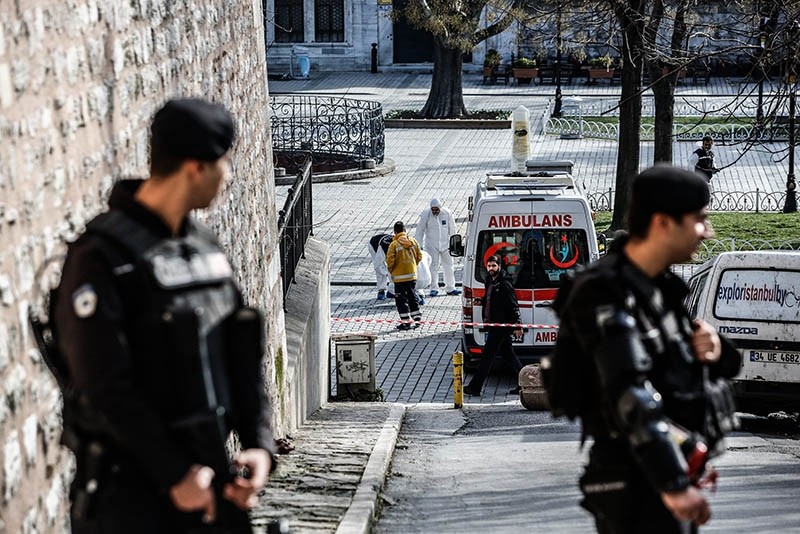 Tried at Istanbul's 14th High Criminal Court, the 13 life sentences sought for three defendants were one count for disrupting the constitutional order and 12 counts for each killed victim of the attack.

The trio was also charged with attempted murder for injuring 16 people in the attack and possessing dangerous materials.

The prosecutor demanded one defendant, namely Abdurrahman Faiz Rashid, to receive a prison sentence up to 15 years for "being a member of the Daesh terror group," while requested the remaining 22 suspects be acquitted.

On Jan. 12, 2016, Syrian national Nabil Fadli blew himself up in Istanbul's Sultanahmet district killing 12 German citizens and injuring 16 others.

In court proceedings, it was stated that Mayyuf, Ali and Derviş organized the terrorist act, ordering Nabil Fadil to detonate a bomb attached to his body.

The trial adjourned to Nov. 20, when final verdicts will be given.