Tons of cannabis seized in Turkish narco-terror operations against PKK 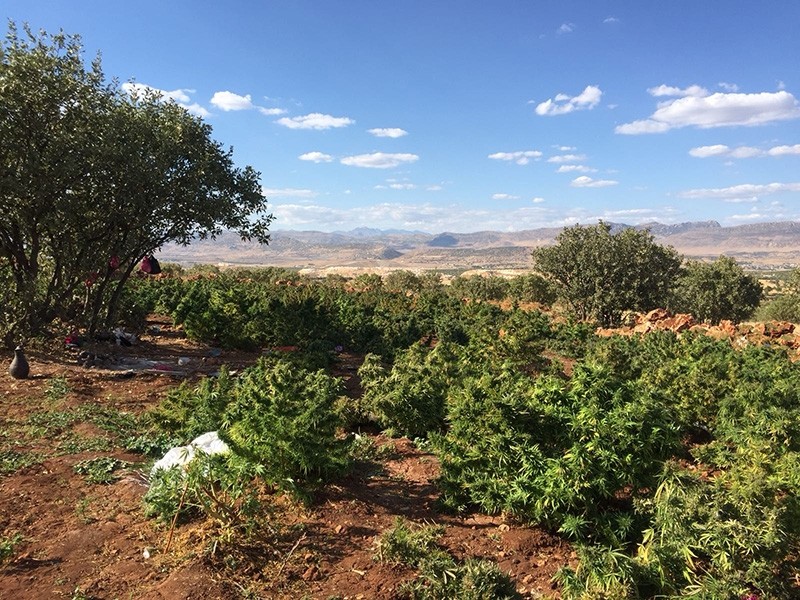 Turkish security forces dealt a heavy blow to the financial resources of the PKK terrorist group as nearly two tons of cannabis was seized in narcotics operations in southeastern Turkey.

Police arrested two suspects and seized 7,756 cannabis plants, 911.7 kilograms of hashish and 126 kilograms of powdered cannabis in field scans and raids conducted in the Kocaköy, Hani, Lice and Çınar districts of the Diyarbakır province between Oct. 11 and Oct. 13.

In addition to drugs, bomb production materials, firearms, ammunition and hand radios were also seized in safehouses and caves used by the terrorist group.

As a result of relentless efforts of the gendarmerie units in Diyarbakır, a major cannabis production area in Turkey, 81.1 tons of powdered cannabis, 61.1 tons of hashish and more than 80 million cannabis plants were seized and destroyed from 2016 to 2017.

The market value of the seized drugs is an estimated 25.9 billion Turkish liras ($7.1 billion).

In separate operations that had been ongoing in neighboring province of Şanlıurfa, gendarmerie units seized 827.5 kilograms of cannabis and more than 40,000 cannabis plants.

A couple that was using a forest area in the Alanya district of the Antalya province as a cannabis field was busted by gendarmerie units. Some 247 kilograms of cannabis was seized in the operation and 639 cannabis plants were destroyed.