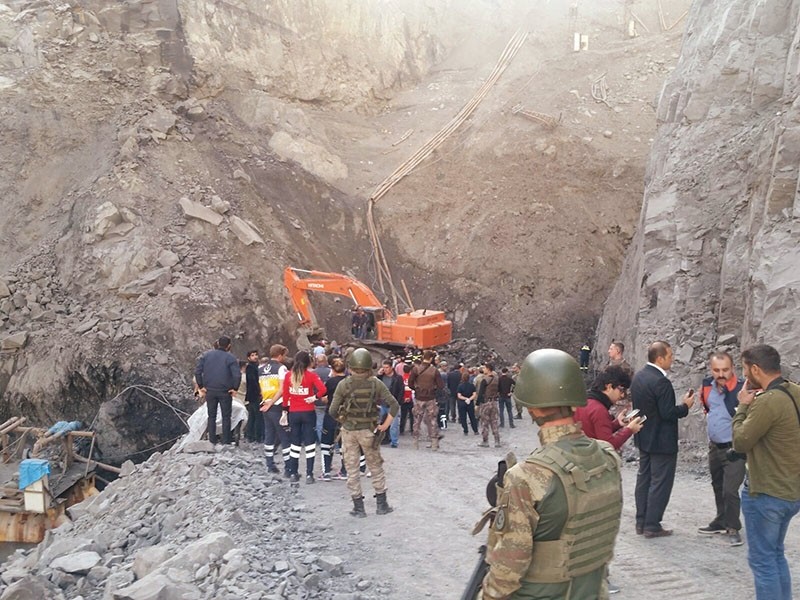 Seven workers were killed and one other was injured in an illegal open pit coal mine collapse in Turkey's southeastern Şırnak province.

Initial statements said that there were eight workers in the area of collapse, but search and rescue crews resumed their efforts to locate if there are others trapped under the rubble.

Seven workers were initially removed from under the rubble with injuries and taken to a nearby hospital, however, six workers succumbed to their injuries. The body of the remaining worker was removed later in the day.

An initial statement from the Ministry of Energy and Natural Resources said that the mine was operating illegally without a license.

The mine was shut down by the General Directorate of Mining Works in 2013 due to operational and safety risks, and has not been allowed to operate since, the ministry said.

An investigation was launched into the incident. Şırnak Chief Public Prosecutor Mehmet Patlat stated Wednesday that three people from a subcontracting firm has been detained as part of the ongoing probe. Patlat said that initial evidence suggested that the works in the mine was not illegal mining, but preparatory work to re-open the mine.

Mining disasters have been common in Turkey both in legal and illegal mines due to the lack of labor safety. Nevertheless, the number of disasters dropped after the country introduced tougher measures following the country's biggest mining disaster that led to the deaths of 301 miners in the western Turkish town of Soma in 2014.