FETÖ and the coup bid: Life sentences, arrests and a release 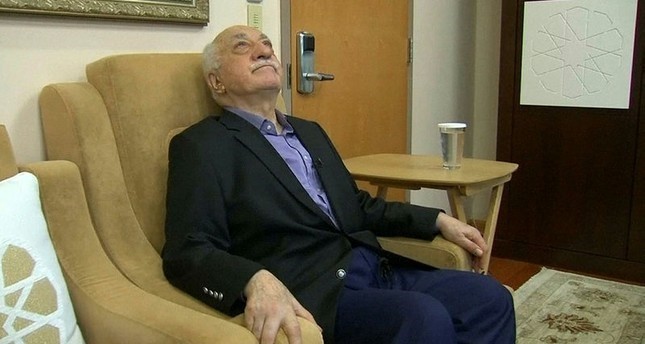 Two former officers were sentenced to life for their involvement in the 2016 coup attempt blamed on FETÖ, while a senior figure of the group was arrested and a prominent suspect was released by a court in Turkey's fight against the ubiquitous Gülenists

More than one year after the Gülenist Terror Group (FETÖ) tried to seize power through a coup, the Turkish courts have started to hand down sentences in the trials of the coup plotters. Authorities are also pursuing suspected group members abroad, and a senior FETÖ suspect in Azerbaijan was arrested after he returned to Turkey. Meanwhile, a court in the northwestern province of Kocaeli ordered the release of a high-profile businessman detained for links to the group.

In the southwestern city of Muğla, where a major naval base is located, a court sentenced two former naval officers, who would have been FETÖ's "martial law commanders" on July 15, 2016, if the coup attempt had succeeded, to life in prison. The ruling late Wednesday marks the first time a court has sentenced so-called martial law commanders. Thousands of suspects were arrested and detained after the coup attempt by FETÖ's infiltrators in the military, including those who would replace anti-coup commanders.

Former Rear Adm. Namık Alper and former Col. Aytunç Kan were convicted by Muğla's Second Heavy Penal Court for trying to overthrow Turkey's constitutional order through violence as part of the coup bid. The court said the crime of attempting to overthrow the Constitution includes attempts to overthrow and hinder Parliament and the government. Halit Cokan, a prime ministerial lawyer, told reporters following the conviction that this is the first time a court has issued a ruling for one of the so-called martial law commanders.

FETÖ and its U.S.-based leader Fetullah Gülen are accused of orchestrating the defeated coup that left 249 people dead and nearly 2,200 injured. A strong public resistance ended up foiling the insurrection.

The terrorist group is also accused of being behind a long-running campaign to overthrow the state by infiltrating Turkish institutions, particularly the military, police and the judiciary. It first tried to topple the government in 2013.

In the capital Ankara, a court ordered the arrest of Faruk Yıldız, the alleged representative of FETÖ in Turkey's neighbor Azerbaijan. Yıldız was recently detained at a Turkish airport and questioned by authorities. Azerbaijan, a close ally of Turkey, has pledged to combat FETÖ's presence. The terrorist group runs a global network of schools and companies from the U.S. to Asia. Turkey has renewed efforts to extradite FETÖ suspects from abroad following last year's coup attempt. Recently, the head of a company linked to the Gülenists in Indonesia was deported to Turkey and taken into custody.

High-ranking members of the terrorist group, including its leader Gülen, were abroad, while those in lower ranks fled the country after it failed the brutal putsch bid. The Interpol liaison office of the Turkish police is spearheading efforts to bring back FETÖ members from abroad.

In trials of the suspected members of the group, a court in the northwestern city of Kocaeli ordered the release of a prominent businessman, while another court in the Malatya province in the southeast sentenced a couple to seven years in prison.

In Kocaeli, Murat Özdağ, former head of the commerce chamber in this industrial hub, appeared before a court charged with membership in a terrorist organization and financing terrorism. Özdağ was jailed earlier in an investigation. A secret witness, who testified that the defendant was linked to the group, told the court in yesterday's hearing that he/she did not personally witness the defendant's suspicious activity but found out about Özdağ's links to the group through mutual acquaintances. Prosecutors citing lack of evidence in the terror financing charges asked the court to acquit the defendant. The defense lawyer told the court the defendant did not know that FETÖ was a terrorist group when he contacted the group's members. FETÖ posed as a religious charity for decades to attract followers, and it wasn't until its 2013 attempts to seize power that it was viewed as a terrorist group. The court sentenced Özdağ to six years in prison and then ordered his release under judicial control.

In the southeastern city of Malatya, half of a married couple who had been released pending trial in previous hearings was sentenced to seven years and six months in prison, while his wife was released under judicial control for membership in a terrorist group for their links to FETÖ. Arif G. and his wife S.G. were ByLock users, an encrypted messaging app exclusively used by FETÖ members according to prosecutors.