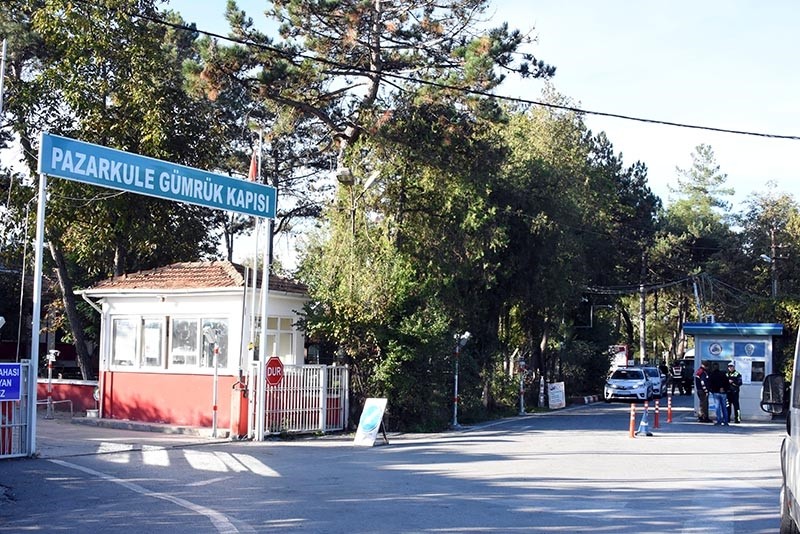 The suspects, identified as former judge Bülent Kınay and Fatih Mehmet Uslu were detained upon intelligence by Edirne Gendarmerie Command as they were trying to illegally cross the border to Greece along with a group of others including Pakistani nationals.

The traffickers were also detained by the police in the operation.

Reports noted that detention warrants for both men had been issued by prosecutors in Istanbul and Kayseri provinces under the scope of the FETÖ probe.

Former judge Uslu was one of the judges involved in the Ergenekon case, which consisted of a notorious trial involving hundreds imprisoned on apparent false charges and evidence fabricated by FETÖ.

Meanwhile, Uslu was amongst the judges handling the Fenerbahçe match-fixing trial, which was a FETÖ-led trial for a plot to imprison renowned sports figures, including Aziz Yıldırım, chairman of Fenerbahçe football club.

FETÖ's infiltrators in the judiciary used blackmail, threats and false evidence to "render anyone they saw as dangerous to FETÖ's ambitions ineffective."
The group, led by former preacher Fetullah Gülen who currently lives in Pennsylvania in the U.S., has been implicated in a series of trials, ranging from the July 15 coup attempt that killed 249 people to sham trials.
Hundreds of judges and prosecutors were dismissed from their jobs after the coup attempt and many others remain at large after being charged with having membership to a terrorist group. Some 300 judges and prosecutors confessed to their links to the terror cult and told investigators that Gülen had access to the Supreme Court of Appeals. The court judges loyal to FETÖ were then instructed on how to rule on certain cases by Gülen, according to a report by Police Academy researchers who studied the influence of Gülenists.