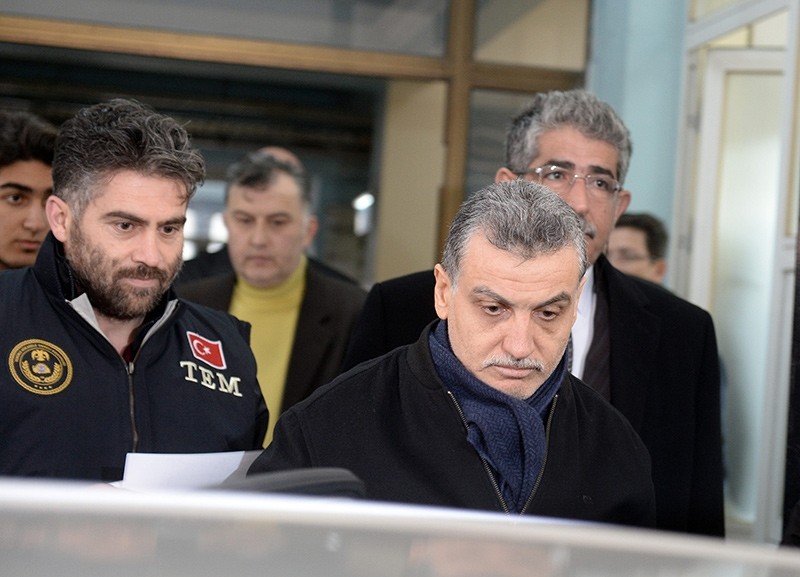 An Istanbul court sentenced several top figures of the Gülenist Terror Group (FETÖ), including a former police officer and ex-chairman of a FETÖ-linked television network, up to 31 years in prison for plotting against a publishing group in 2009.

The 14th High Criminal Court issued its final verdict in the "Tahşiye" case Friday, handing down a jail sentence of 31 years to Hidayet Karaca, the former chairman of Samanyolu TV (STV), for leading an armed terrorist organization, defamation and forgery of official documents.

The court also sentenced ex-policeman Ali Fuat Yılmazer to 16 years and six months in jail for being a member of an armed terrorist group.

Other former police chiefs in the case were sentenced to 25 years for forgery, defamation and membership to a terrorist group. FETÖ's U.S.-based leader Fetullah Gülen and a fugitive former police chief linked to the group were not punished as the court ruled for separate trials for the two defendants.

In addition to Karaca and Yılmazer, FETÖ leader Fetullah Gülen, former editor-in-chief of FETÖ-linked Zaman newspaper, Ekrem Dumanlı, and 31 other suspects are accused of plotting against the Tahşiye group, according to an indictment filed in 2015.

The indictment was filed following a probe into a 2011 complaint filed by Mehmet Nuri Turan, founder of the Istanbul-based Tahşiye publishing house, which was targeted by Fetullah Gülen and FETÖ-linked media outlets.

Speaking after the verdict, Mustafa Kaplan, head of Tahşiye publishing house, said the defendants "got the sentences they deserved."

"FETÖ exploited people's religious sentiment and recruited followers. After they gained power in the state, they infiltrated almost all of the religious groups and nongovernmental organizations in Turkey and took them under their control. They mostly concentrated on infiltrating the police. Under the orders of their leader and with the power they wielded in law enforcement, they plotted against us," he said.

FETÖ is accused of conspiring to imprison its critics through sham trials conducted by its infiltrators in the judiciary with the assistance of police officers loyal to the terrorist group.

The name of the group, which is now known as Tahşiye, was allegedly first coined by Fethullah Gülen in a speech he made on Apr. 6, 2009 where he hinted at the existence of a terrorist organization called Tahşiye.

The FETÖ leader had alleged that Tahşiye publishing house and its group had links to extremist organizations.

The Tahşiye group is known to be a branch of the Nur Movement. The group and its leader, Mehmet Doğan, a former imam, are known for their opposition to the Gülen Movement and have a firmer stance against interfaith dialogue than other movements.

Following the first mention of the group, FETÖ-linked media outlets began covering the subject, supporting the belief that there was such an organization engaged in terrorism.

The group was also allegedly defamed as a shadowy organization in the "One Turkey" TV series that used to be aired on STV, which was closed following the defeated coup attempt last year.