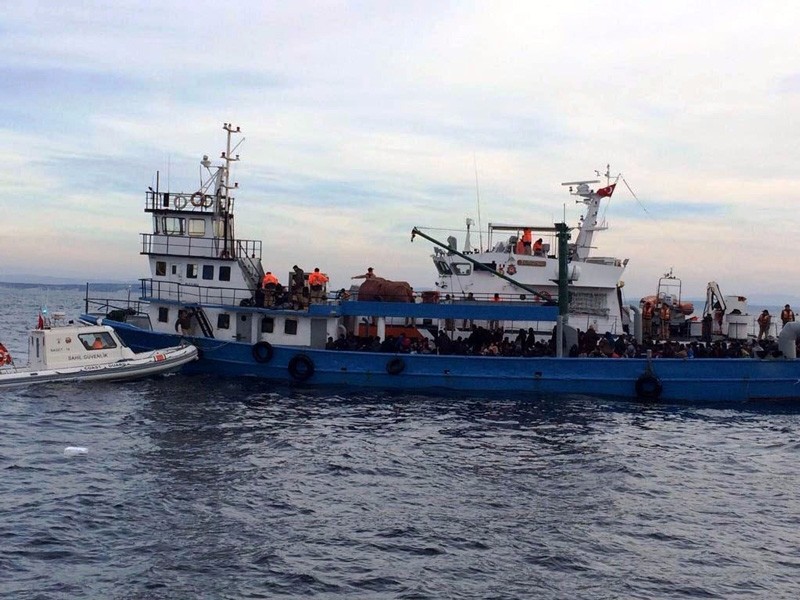 A total of 305 migrants from Syria, Pakistan and Afghanistan attempting to travel illegally to Greece were detained in Turkey's northwestern Çanakkale Province, police reported Saturday.

Coastal Security teams reportedly also detained ten people organizing the escape, including seven Turks, two Russians and one Iranian, during the operation carried out in the Dardanelles strait near Çanakkale.

According to the report, the migrants were trying to reach Lesbos, a Greek island in the north of the Aegean Sea off the coast of Turkey.

After the operation, the migrants were referred to migration management authorities.

Turkey has been a main route for refugees trying to cross into Europe, especially since the beginning of the civil war in Syria. Hundreds of migrants smuggled into the country are captured every year near the borders in western Turkey, or in its Aegean provinces.