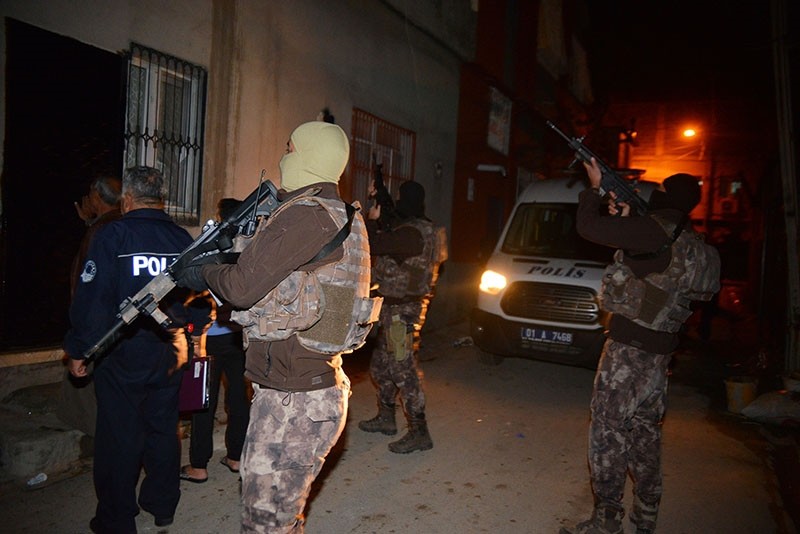 Police detained more than 200 people in nationwide operations Thursday and Friday against Daesh. Among those detained Friday in Istanbul are 82 foreigners who were planning to go to Syria via Turkey to join the group.

The latest crackdown took place hours before Turkey marked the anniversary of the country's founding leader Mustafa Kemal Atatürk's death, which was commemorated with high-profile ceremonies across the country. On Thursday, at least 101 Daesh-linked suspects were detained in the capital Ankara. On Friday, more than 100 people linked to the group were detained in nationwide operations.

In Istanbul, 82 foreign nationals were taken into custody in dawn operations in the city's Beykoz, Bağcılar, Fatih, Küçükçekmece, Pendik, Sancaktepe and Şişli districts. Media reported that they were secretly planning to travel to Syria to join the group. Turkey shares a long border with Syria. In the southern city of Adana near the Syrian border, police arrested 11 Syrian nationals with links to Daesh. Nine suspects were apprehended in Trabzon in the north, also on Friday, while security forces detained seven in the western city of Izmir.

Turkey has been targeted by a wave of deadly Daesh attacks since 2015. The country has deported more than 5,000 Daesh suspects and 3,290 foreign terrorists from 95 countries in recent years while dismantling terrorist cells and safe houses providing logistical assistance to the terrorist group in Syria and Iraq or plotting attacks inside the country.

Its efforts against Daesh made Turkey a primary target for the terrorist group, which carried out numerous gun and bomb attacks targeting security forces and civilians, including the country's deadliest terrorist attack, which killed 102 people and wounded 400 others in a twin suicide bombing at a peace rally in Ankara on Oct. 10, 2015.

In a related development, a court in the northwestern city of Sakarya on Friday approved an indictment against Halis Bayancuk, a suspected senior figure of the terrorist group in Turkey. Bayancuk, also known with the alias "Ebu Hanzala," faces aggravated life imprisonment on terrorism charges. He is among 11 suspects charged with Daesh membership. Prosecutors accuse him of spreading propaganda for the terrorist group during his time in Sakarya where he organized meetings with Daesh sympathizers. He is scheduled to appear before the court on Dec. 15.