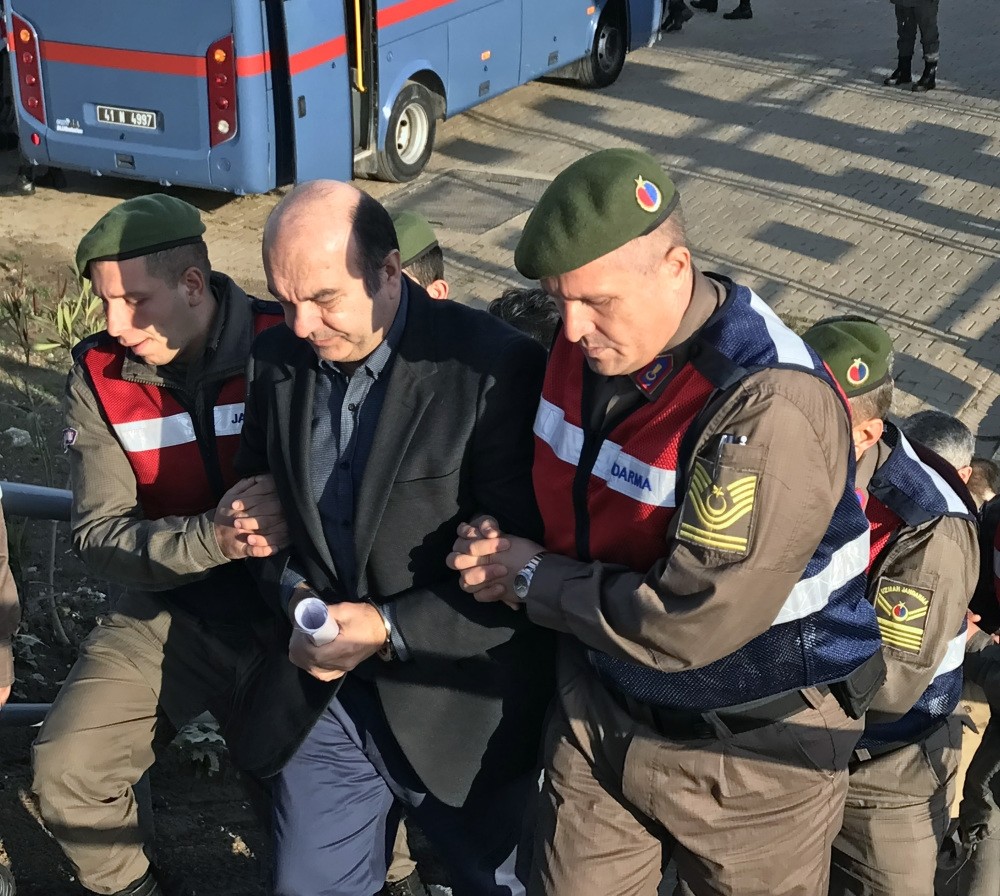 Hayrettin İmren, a former admiral involved in the July 15 coup attempt last year, confessed his ties to FETÖ and denounced the terrorist group in written testimony after his imprisonment

A former admiral became the latest defendant in trials over the coup attempt that killed 249 people on July 15, 2016 to confess his ties to the Gülenist Terror Group (FETÖ). Authorities blame FETÖ for masterminding and carrying out the putsch attempt through its infiltrators in the military. İmren was the commander of a naval base in Gölcük in northwestern Turkey when the putschists tried to seize power. "I thought this was a harmless group of people. I didn't know Fetullah Gülen [FETÖ leader] would hatch such a sinister plot. I found out on July 15, but it was too late. Still, I decided to cooperate [with the authorities] instead of fleeing abroad like others did."

Other defendants still stick to denial of their guilt and lie to hide the truth about the coup," he told the court in written testimony.

The former admiral is among thousands arrested for involvement in the insurrection attempt. Turkey declared a state of emergency after the attempt was quashed, and many, mostly military and police officers, were dismissed from their posts for links to the terrorist group. İmren is accused of conducting the coup attempt at the base where he was deployed and attended a meeting of pro-coup generals in Istanbul days before the attempt to plan the execution of the bid. He ordered the detention of two admirals and several other military officers who opposed the attempt. He is also accused of ordering his subordinates to fire upon a crowd of civilians gathered outside Gölcük Naval Base to convince coup plotters to surrender.

İmren gave authorities the names of 15 FETÖ "secrets imams" and details of his coup plot meeting with other military officers. Secret imams refers to the terrorist group's point men responsible for coordinating the actions of its infiltrators in the military. Unlike other defendants who disowned their pretrial testimony to interrogators and denied having links to FETÖ, İmren said he stood by his testimony. "I wasn't subjected to any pressure or torture while writing this," he said in his testimony, referring to the common defense of defendants in coup trials who claim they were "forced" to admit their role in the coup bid. He said he was an officer admired both by his superiors and subordinates in the military, and he thought FETÖ members he came across were "harmless" people. He denied Ömer Faruk Harmancık's testimony, a fellow admiral jailed for involvement in the coup, and said contrary to what Harmancık said in his own trial, he was not pressed into testifying against FETÖ. "Apparently, it is only me who escaped hypnosis by this terrorist group. The others remain brainwashed," he said, referring to jailed coup plotters who deny links to the terrorist group.

He said the coup attempt was "doomed to fail," but its real purpose was to break the back of the Turkish Armed Forces (TSK). "They already had the power to strike the country's leaders anyway by their infiltrators in law enforcement," İmren said.

Denouncing Gülen, the U.S.-based former preacher, İmren said he was "a psychopath without conscience."

He also claimed that he was not "a member of FETÖ," but rather had ties to members of the terrorist group.

"It wasn't my real self on July 15, 2016. I was brainwashed. I only came to my senses one day later. I last wielded a gun when I was a major, and it was the first time in years I grabbed my gun that night. I knew four days before that [the coup] would happen on July 15 and couldn't sleep or eat properly until that day," he said. İmren also lamented his order to detain İskender Yıldırım and Yalçın Payal, two admirals who were his close friends and colleagues. "It was a night that aides to the commanders who viewed them as their sons and brothers detained them. It was a night they fired upon innocent people and crushed them under tanks," he said.

In a hearing in İmren's trial in September, İsmet Coşkun, his aide, claimed that he was forced to follow the orders of the admiral, who he described as "unbalanced," on July 15. "He told me that martial law was declared in Turkey, and we should arrest the other admirals. He told me that we were ordered to shoot anyone who opposed martial law," Coşkun told the court where he is being tried along with İmren and 89 other defendants. He claimed that İmren locked up officers who opposed martial law and described him as "very angry." He added that the admiral also waved his pistol toward a crowd of civilians gathered outside the base to persuade them to end the coup attempt. Then, other pro-coup troops opened fire into the air to disperse the crowd. "He was crazy that night. He put his gun to the head of an officer who refused to give him the keys to the armory. I convinced him to have that officer detained," Coşkun told the court.

FETÖ is accused of orchestrating multiple coup attempts in Turkey, and its members face terrorism charges. After two failed attempts in 2013, the group's members tried to seize power through its infiltrators in the military on July 15, 2016. Thanks to strong public resistance after calls by the country's leaders to confront the putschists, it was quelled.