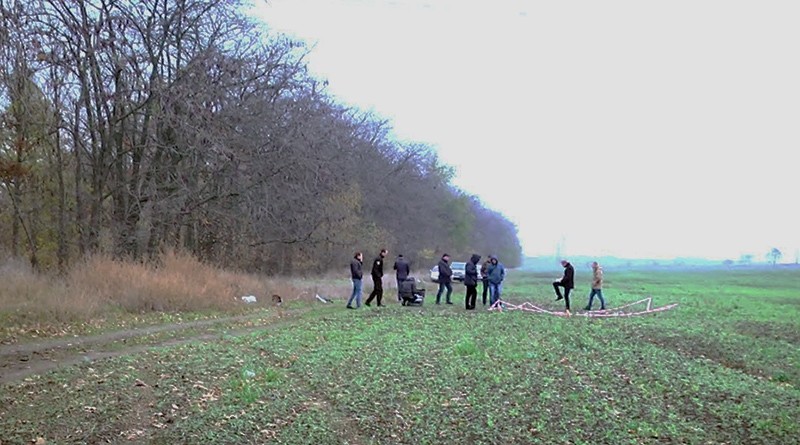 The victim was also a Turkish citizen, an Odessa police department official said.

According to the head of the department Dmytro Holovin, a drawn pentagram, cabalistic signs and various occult items, including candles and a black chicken strangled with a "ritual noose" and pierced with a blade, were found next to the victim's scorched body.

"There were other creepy things of a sick fantasy. What worried us was that from traces we understood that a group acted, not one psychopath. That's why are using all available resources to solve this resonant crime hot on the trail," Holovin said.

The three suspects are 22, 24 and 31-year-old students; two from a medical university and one from a maritime university.

The police said they were investigating the possibility that the signs of a ritual killing were intentionally implanted to mislead the authorities.

"This version is being studied. Also, the possibility that the pentagram and other [things] are not directly related to the killing is being investigated, and that, for example, other people were engaged in the 'witchcraft.' But right now these are all only assumptions," an official said.

In a statement released late Tuesday, Odessa police said the victim was killed during a drunken argument with the three suspects. The body was then taken outside the city and burned by the suspects, who were trying to destroy the evidence of their crime, it said, adding that the suspects will be charged with intentional murder.

The murder took place in the end of last week in the city of Odessa, while the body was found in Odessa region's Ovidiopolskyy district Monday, the police said.