157 arrested in counter-narcotics operation across Turkey 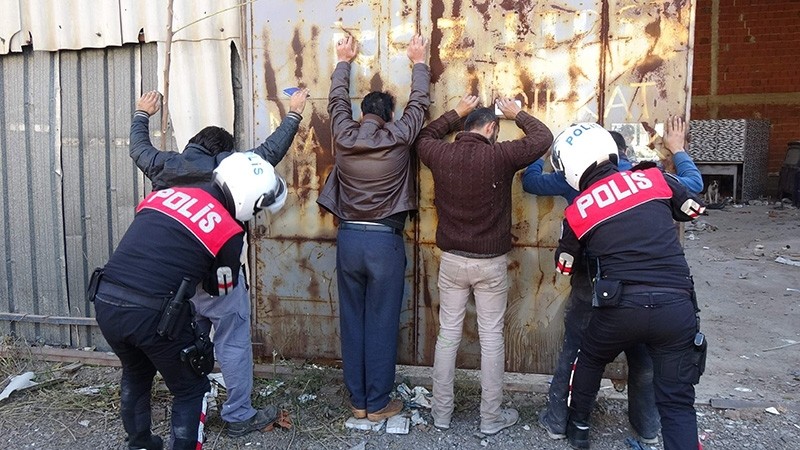 The officials, who asked not to be named due to restrictions on talking to the media, said the raids targeted street drug dealers in provinces including Istanbul, Izmir, Kayseri, Kocaeli, Manisa, Trabzon, Bursa, Mersin, and Sivas.

During the searches, narcotics officers confiscated over 100 kilograms of acetic anhydride (an agent used in the illicit production of heroin), some 11 kilograms of marijuana, more than two kilograms of synthetic drugs, roughly 3,500 pills and four firearms.

Turkish authorities announced earlier this month that over 4,600 people had been remanded in custody following anti-drug operations in Istanbul since the beginning of this year.

The Istanbul operations saw 44,104 suspects -- of whom 192 are foreigners -- arrested. Just over 4,600 were remanded in custody while over eight tons of various types of drugs were also seized.

In Turkey's central Anatolian province of Kütahya, police arrested four suspects in an anti-narcotics operation on Friday. One of the suspects was remanded in custody, the source added.