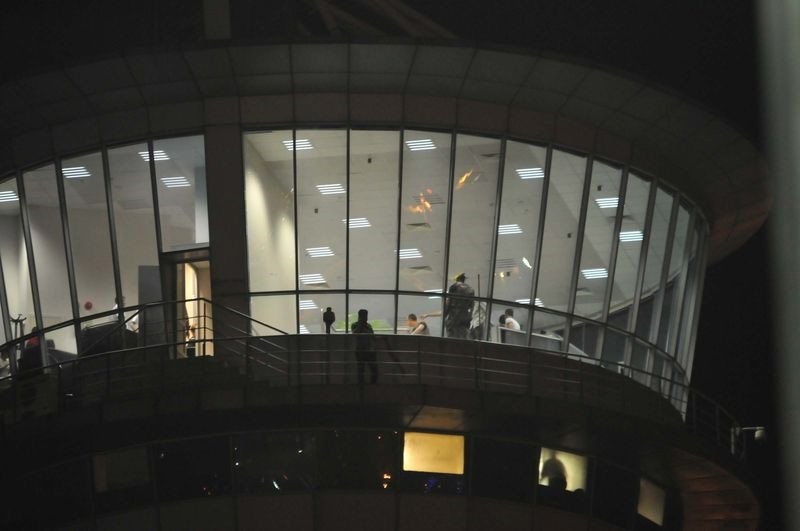 An Istanbul prosecutor demanded aggravated life sentences Friday for 159 former soldiers with links to the Gülenist Terror Group for attempting to seize the Istanbul Atatürk Airport during the night of July 15 coup attempt, 2016.

The charges against the suspects include "attempting to overthrow the Turkish government and the Parliament", "membership to a terror group", "delibrate murder" and "violating the Constitution."

The indictment stated that the coup soldiers' plan was to prevent Turkish citizens from leaving and entering the country by seizing the control tower of the airport and halting the flights.

The Atatürk Airport was one the key locations during the coup attempt as FETÖ-linked soldiers first blocked both bridges in Istanbul, and tanks were parked outside the airport. Turkish people flocked to the airport in a short while, regaining the control after bloody clashes with coup soldiers. President Recep Tayyip Erdoğan, who escaped an assassination attempt in southwestern Turkey during the coup attempt, later arrived at the airport. Cheered by a large crowd, Erdoğan later mobilized the country to resist the coup plotters.

Coup trials have been underway all across Turkey since last December, but only a small fraction of the cases have reached conclusion.

Recently, a court in Istanbul handed down life sentences on 28 former soldiers for trying to take control of Istanbul's second airport Sabiha Gökçen during the coup night. A group of soldiers, including a general, were sentenced to life for attempting to kill President Recep Tayyip Erdoğan during the insurrection attempt.

The airport was also the setting for an iconic photo associated with the coup attempt. The photo shows a civilian lying down in front of a tank at the airport. Metin Doğan, the man in the photo, was hailed as one of the heroes of the resistance against putschists.

Coup trials have been underway across Turkey since last December, but only a small fraction of cases have ended.

Recently, a court in Istanbul handed down life sentences to 28 former soldiers for trying to take control of Istanbul's Sabiha Gökçen International Airport. A group of soldiers, including a general, were sentenced to life for attempting to kill Erdoğan during the coup attempt.