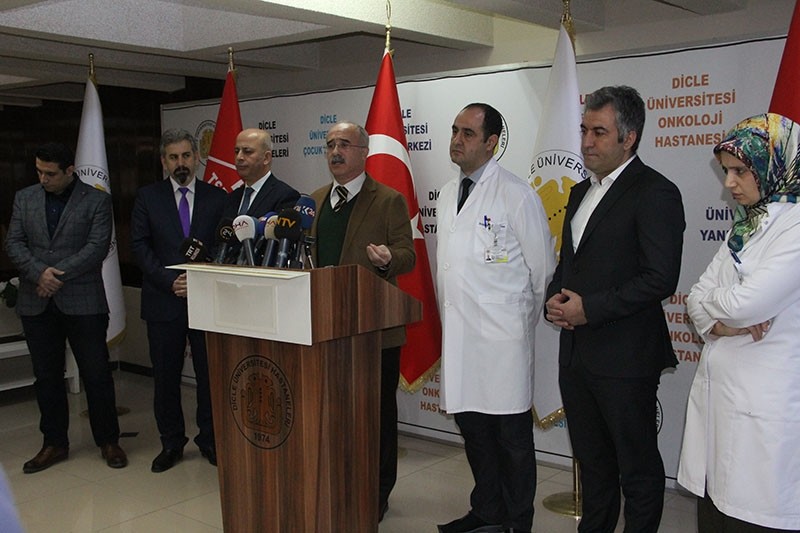 An investigation was launched against doctors working at a hospital in southeastern Turkey who refused to attend the birth of a woman infected with the HIV virus.

The incident took place at the Dicle University Faculty of Medicine Hospital in southeastern Diyarbakır province on Dec. 27. The pregnant woman, identified with as 27-year-old Ç.K., arrived in Diyarbakır from neighboring Şırnak province when her labor pains increased. As she has been under HIV monitoring for the last 6 years, several hospitals in the region turned the woman down and advised her to apply to the university hospital.

Ç.K. was initially rejected by the university hospital's birth clinic, but later admitted when hospital administration stepped in. Ç.K. had previously given birth in the same hospital.

However, an assistant professor allegedly refused to attend the caesarean section operation—which is compulsory to protect the baby in HIV-infected pregnancy cases—whereas several male doctors and assistants also declined to attend the operation.

Instead, a female doctor and an assistant who had been serving in the hospital for only two months were assigned to the operation. During the operation, however, the assistant was accidentally jabbed with an injector.

Kadiroğlu said an investigation was launched by the rectorate of the university into the doctors' refusal to provide treatment. "I would like to underline that all patients who apply to our hospital, regardless of race, language, religion or nation, are taken care of by our hospital," he added.

The Ministry of Health and Diyarbakır Chamber of Medicine also launched separate investigations into the issue.

Initial reports suggested that anti-bacterial operation gloves were not present at the operation room and were later brought upon the doctors' insistence. Kadiroğlu refuted this claim, saying the use of these gloves is not compulsory in HIV cases, and the hospital administration provided the gloves upon demand.

Professor Mustafa Kemal Çelen from the hospital's infectious diseases and clinical microbiology department said that recent medical guides do not suggest the use of these gloves in cases of HIV as they reduce the sensitivity of the hands of medical personnel and cause more accidents.

Çelen noted that health employees come across such accidents every day, but what is upsetting is the treatment the assistant doctor had to face.

He said that anti-retroviral treatment began immediately for the assistant doctor less than one hour after the incident, noting that the treatment has a 90 percent protection rate. The assistant doctor, who married just three months earlier, was given rest at home.

Çelen said that there is still risk of HIV infection ranging between 0.3 to 5 percent.

He noted that both Ç.K. and her husband, a truck driver, receive treatment in their hospital.