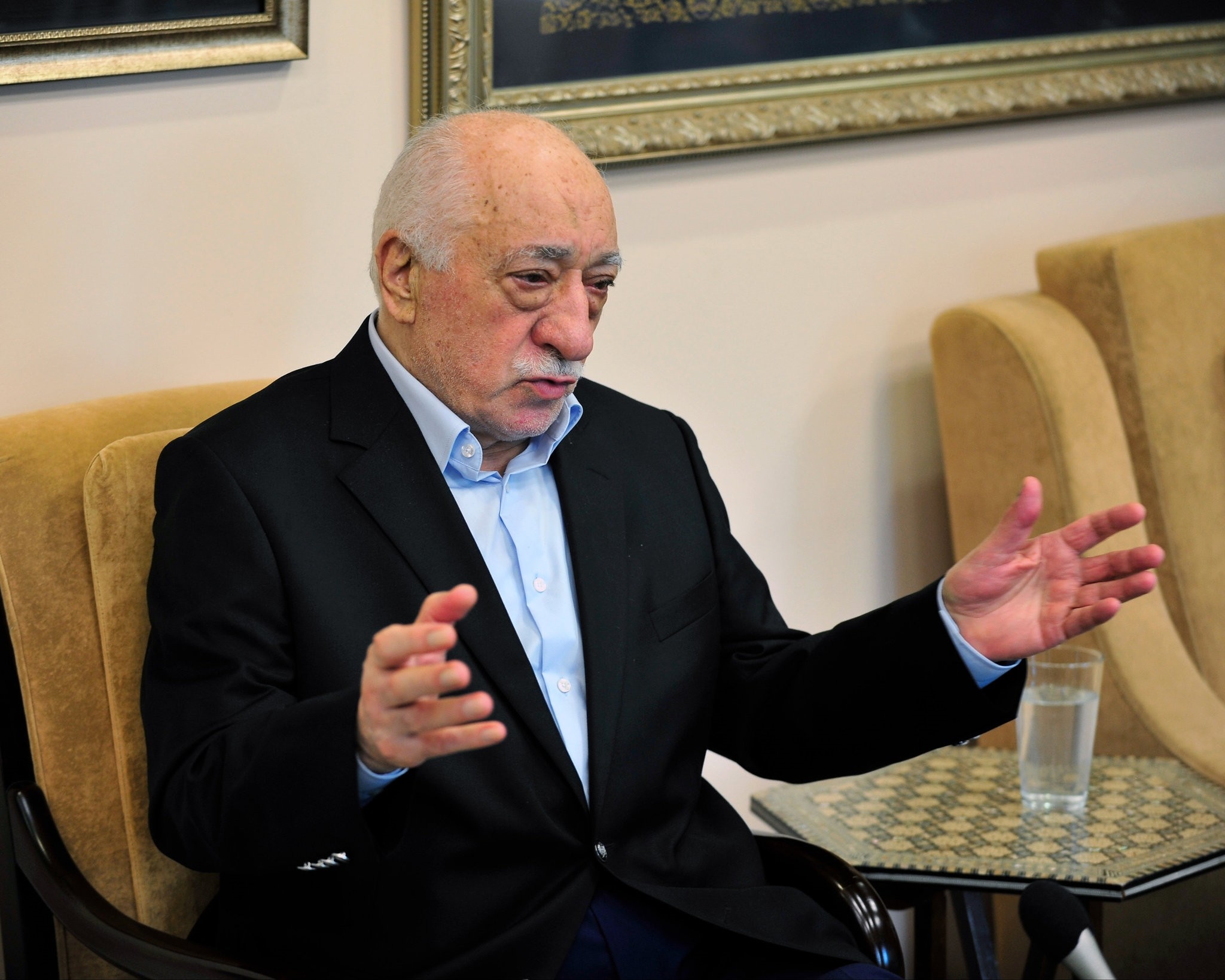 FETu00d6 leader Fetullah Gu00fclen is among the fugitive members of the terrorist group and currently lives in the United States. Most fugitives fled abroad while others are believed to be in hiding in Turkey.
by Daily Sabah Feb 09, 2018 12:00 am

Police in western Turkey captured a high-ranking judge and 20 others linked to the Gülenist Terror Group (FETÖ) yesterday in raids on safe houses used by the group, known as "gaybubets."

Mehmet Kaya, former secretary-general of the powerful Supreme Board of Judges and Prosecutors (HSYK), who also served as a member on the Court of Appeals, was captured in Çanakkale province. Other suspects were nabbed in raids on 14 safe houses in Çanakkale and İzmir. Police found a large cache of foreign currencies and Turkish lira in the suspects' possession.

Kaya was on the run after an investigation that was launched into his links to the terrorist group following the coup attempt on July 15, 2016 that was blamed on members of the group in the military. He is accused of arranging secret meetings with judiciary members loyal to FETÖ. Kerim Tosun, a former member of the HSYK, which has been an influential body in the judiciary, had confessed that he was introduced to FETÖ by Kaya and often attended the meetings at Kaya's house.

FETÖ is known for its widespread infiltration of the military, law enforcement, judiciary and bureaucracy. In a string of cases, the group and its leader, Fetullah Gülen, are accused of using its members to take over the judiciary, manipulating trials and organizing sham trials to stifle anyone they deemed an obstacle to them.

Following the 2016 coup attempt that killed 249 people, many FETÖ members fled the country or went into hiding, but thousands were arrested for links to the group.

Gaybubet means "absence" in Turkish and the houses are used by the terrorist group to hide followers who are being sought for crimes since 2013, the year when its infiltrators in the police and judiciary sought to seize power in two disguised coup attempts. As its activities face heightened scrutiny following multiple attempts to seize power, FETÖ apparently strove to hide its fugitive followers, according to former followers.

A former member who testified to prosecutors said that the number of the group's safe houses across the country increased from 75 to 560. An indictment by the Ankara Chief Prosecutor's Office of 731 secret followers of the terrorist group in law enforcement gives an account of how the safe houses operate.

A former member of the group, who was taken into the witness protection program after handing out lists of the secret FETÖ network, told prosecutors that the group mobilized to collect money to cover the expenses of fugitive members or those dismissed from their civil servant positions for their links to FETÖ. The documents handed over by the secret witness to authorities show that most fugitive members of the group stayed in hideouts provided by relatives or friends while others were accommodated in the safe houses across Turkey. FETÖ members pay a fraction of the rent and bills for each house, a document detailing the group's expenses says.