Culprit in crash, cow still under virtual arrest since 2016 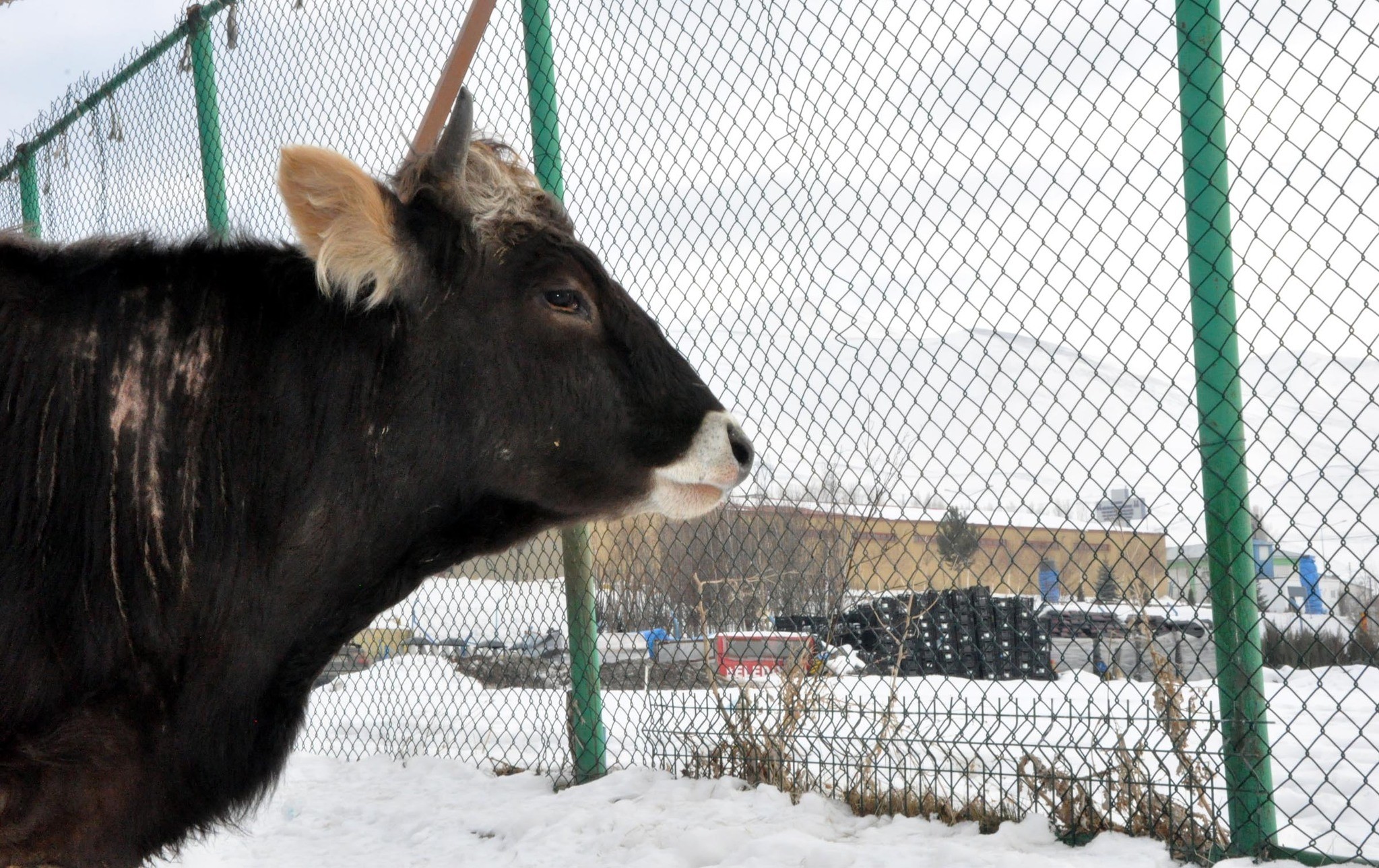 The cow gazes at the fences topped with barbed wire that surrounds its pen.
by Daily Sabah with AA Feb 10, 2018 12:00 am

A calf grew into a cow in a detention of sorts in a bizarre legal case in eastern Turkey. A car accident in August 2016 changed the life of unnamed 4-month-old calf in the city of Erzurum. When he suddenly darted for the road, a car hit the calf in an accident that left the vehicle damaged, and the driver's wife slightly injured.

Apparently fearing an investigation, its owner did not come forward, while the prosecutor investigating the case decided to put the animal in a shelter, while efforts to locate the owner are still underway. Cared for by veterinarians at a shelter run by the local municipality, the calf, now a cow, is forbidden to leave the premises. Bilal Çoruh, a veterinarian taking care of the animal, says the cow was in good health after he was treated for the accident.

Merve Kars, a lawyer from the Erzurum Bar Association, says it is an interesting case and is asking that authorities consider the animal's rights, as well. "The only victim in the current case is the driver, but the animal should be counted as a victim, as well. We need amendments to laws to protect its rights," she says. Kars says animals are listed as commodities under existing laws and therefore cannot be sued. "Eventually, the case will conclude with a verdict for its handover to the government," she said about the fate of the cow.