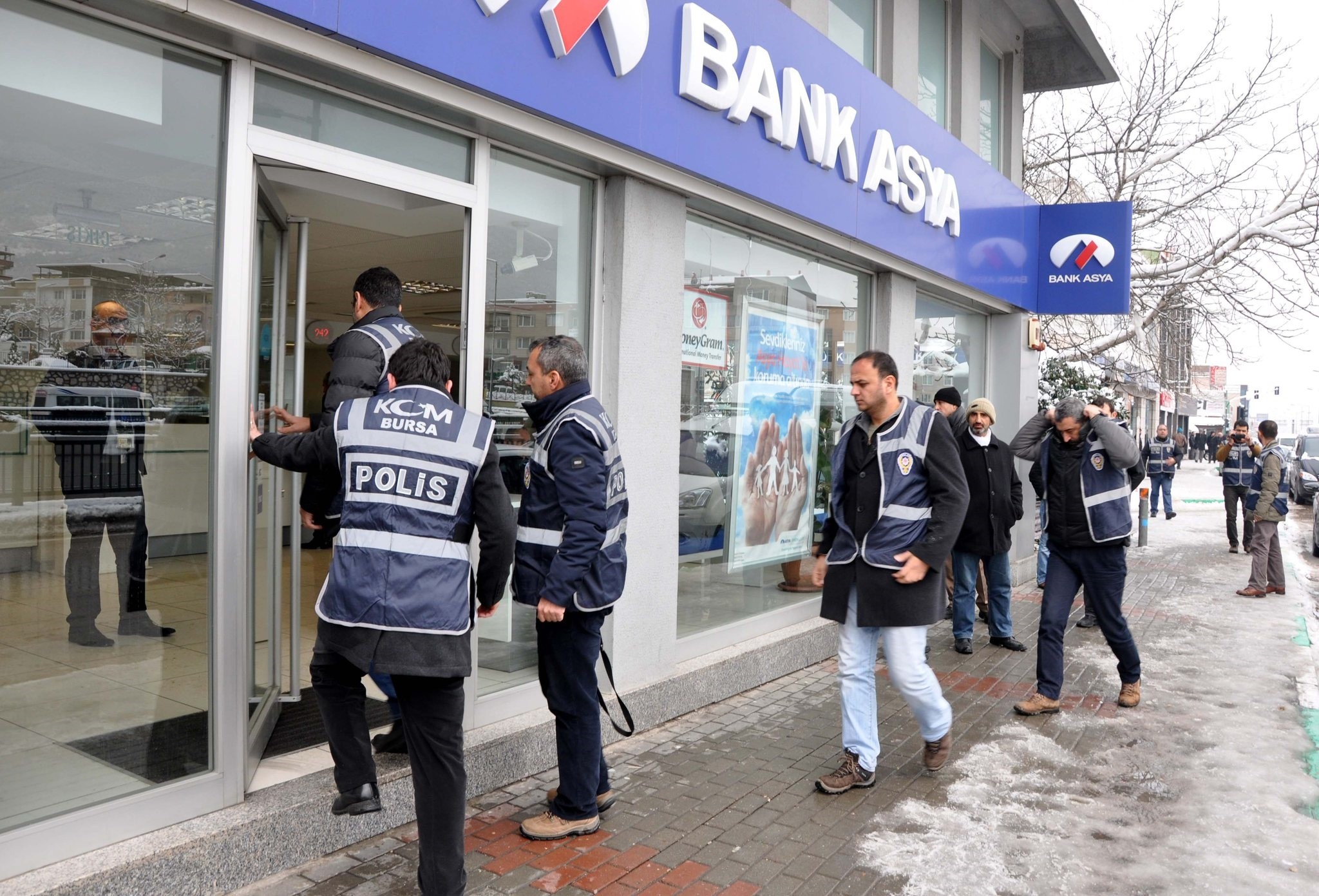 Unlike what had happened with ByLock, the top appeals court decided that those who deposited money at Bank Asya after Fetullah Gülen's call early 2014 should be seen as aiding and abetting FETÖ

The top appeals court has decided that those who deposited money in Bank Asya after early 2014 following a call by the leader of the Gülenist Terror Group (FETÖ) should be legally recognized as members of the group. The case in the Supreme Court of Appeals' 16th bureau in Ankara was brought by a former primary school teacher who was fired by a governmental decree following the coup attempt on July 15, 2016. Ufuk Keskin from İzmir deposited money in his wife's account in Bank Asya on Sept. 25, 2014, and Oct. 13, 2014. He said he worked at a state school, had never attended a FETÖ course or stayed in one of their dormitories.

No witness had come forward to accuse him of attending FETÖ meetings. Keskin also said depositing money in Bank Asya was not a crime at the time. A court in İzmir still decided he was guilty of being a FETÖ member.

The appeals court assessed the case and decided that while his membership in FETÖ was revealed, his decision to deposit money meant that he was guilty of aiding and abetting a terrorist group and consequently should be tried as a member.

Bank Asya was the heart of FETÖ's financial arm. It constituted the network through which the group syphoned money, conducted transfers from and to Turkey and extorted money from businessmen under the guise of donations.

FETÖ, a criminal enterprise founded by fugitive Fetullah Gülen, has been directly implicated in the December 2013 judicial coup attempt and the July 15, 2016 military coup attempt against the democratically elected government of Turkey. With its media and business arms, the terrorist group created significant public clout, which was augmented by infiltration in state institutions, principally the judiciary, police and military. Many of its most senior members fled abroad on the eve or soon after the coup attempt in 2016.

There was significant market and public pressure on Bank Asya following the December 2013 judicial attacks on the government. To prevent a run on the bank, Gülen and other FETÖ executives called on members to deposit money, with many selling their houses and cars to satisfy the group.

In February 2015, the Saving Deposit Insurance Fund (TMSF) seized Bank Asya, and shares belonging to 122 real and judicial shareholders of the bank, including Kaynak Holding, Ortadoğu Tekstil and Forum İnşaat, which were transferred to the TMSF.

On the first Monday after the coup attempt, on July 18, 2016, the TMSF announced that the operations of Bank Asya would be frozen before the Banking Regulation and Supervision Agency's decision (BDDK) canceled its license. After efforts to sell the bank floundered, the Commercial Court of First Instance ruled November last year to declare it bankrupt.

The appeals court said responding to the call of Gülen, who is recognized as a terrorist leader, constituted a criminal offense. It also said that deposit after Jan. 15, 2014, when Gülen made his call, should be categorized as criminal.

In response to the suspect's argument that FETÖ was not declared as a terrorist group then nor were there any finalized court decisions against the group, the appeals court said a very public investigation against FETÖ had been launched then, which in time would lead to it being declared a terrorist group. The same assessment was done by the National Security Board (MGK) chaired by the president, the court said, dismissing the argument.

Previous court decisions into suspected FETÖ members had assumed everyone who had downloaded the Bylock encryption program to their phones was a member of FETÖ. However, technical investigations had led a court to call on corroborating evidence, declaring that downloading Bylock by itself was not grounds for prosecution.

ByLock was discovered during criminal inquiries into the terrorist group whose activities have been under the spotlight since two judicial coup attempts in 2013. The National Intelligence Organization (MİT) uncovered the messaging app apparently programmed - or modified for exclusive use of the group's members - by someone linked to FETÖ.

The FETÖ-linked staff working in the intelligence department of the police department were the architects of the app, or rather its modification to serve the purposes of the group. A group of intelligence officers are accused of controlling the private app used to deliver Gülen's messages to his followers, as well as to instruct the group's members on how to carry out plots against anti-Gülenists.

Most of the defendants claim they "accidentally" downloaded the app and never used it, while others claim they did not use it for FETÖ messages. However, the messages, including those urging FETÖ members to help the coup plotters who killed 250 people in 2016's coup attempt, point out that the app was one of the most employed means of communication in the secretive group.

Before the coup attempt on July 15, 2016, ByLock was removed from Google Play Store, as well as Apple's store, however, its services were open for access. ByLock was popular among FETÖ members between 2013 and 2015. After 2015, the cult turned to Eagle IM, which offers "256-bit end-to-end AES encryption," according to the app's description on its Google Play Store page.

While the majority of downloaders of Bylock were associated with FETÖ and used it to communicate with each other, some 11,000 Bylock users had downloaded the app involuntarily.

Judicial officials were told to use supporting evidence, such as links to FETÖ's financial institution Bank Asya, testimonies of witnesses, and not to prosecute based solely on the presence of Bylock on cell phones.